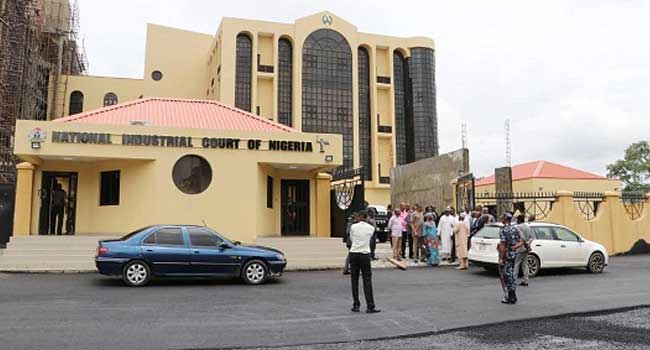 CEM REPORT, EDUCATION | The suit filed against the Academic Staff Union of Universities (ASUU) at the National Industrial Court has been adjourned again till Monday, September 19 for a hearing of the interlocutory application of the Federal Government.

During the argument, Femi Falana, counsel to ASUU argued that the Minister of Labour and Employment lacked the power to ask the court in his referral to order the defendant to go back to work.

He also informed the court that ASUU would be meeting stakeholders in the House of Representatives on Sept. 20 to ensure that the matter is resolved.

On the other hand, counsel to the Federal Government, James Igwe, asked the court to give the suit an accelerated hearing due to the urgency of the matter to enable the students to return to school.

He added that the claimant had also filed an affidavit of facts in support of the referral sent by the Minister of Labour and Employment.

Igwe told the court that since the matter was already in court, it would be proper for the strike to be called off pending the determination of the suit.

Falana argued that the matter was adjourned to Friday for further mention and not for hearing. He said he has been served with the Federal Government’s Interlocutory injunction.

Meanwhile, Ebuolu Adegoruwa counsel to Socio-Economic Rights and Accountability Project (SERAP), who had at the previous sitting raised the issue of joinder and consolidation of the suit, citing section 36 of the 1999 constitution to fair hearing submitted that the court should invoke the cited section in SERAP’s favour to be joined in the suit as a defendant and urged the court to take his application to that effect before entertaining any other application in the suit.

Adegoruwa said relief 3 of their application is for a stay of further proceeding for the court to determine whether or not they will be a party in the suit.

He added that the process had been served on the claimant on Thursday.

He proceeded to seek to withdraw an earlier filed process dated Monday and sought to replace it with the one served on Thursday.

Igwe in response objected to Adegoruwa’s application, stating that he received the application he filed on Monday, which was served to them on Thursday by 5 p.m.

He also argued that it was the same application Adegoruwa was applying to withdraw.

He said he had not received any process dated Thursday as claimed by Adegoruwa.

Adegoruwa in response stated that there was proof of service of the said application on the Attorney-General of the Federation on Thursday.

Falana said he was not objecting to Adegoruwa’s application seeking to be joined as a party in the suit and for the suit to be consolidated with the other one filed by SERAP as a claimant.

Justice Polycarp Hamman after listening to the submissions of counsel ruled that the application was not ripe to be taken as it was served at the Attorney- general’s office on Thursday.

The court in addition stated that the application for an interlocutory injunction will be taken first on Sept. 19 by 11 am.

Meanwhile, the President of, the Academic Staff Union of Universities (ASUU), Prof. Emmanuel Osodeke has said that the union is willing to end its strike only if concrete agreements were reached with the Federal Government.

He expressed sadness over the lingering strike resulting in the government taking the union to court.

He said that suing the union was not an option as it would further worsen the situation of the students and tertiary education in the country.

He said that if the court forces the lecturers to return to school, they won’t force them to teach with open minds, saying that the students would definitely be at the receiving end.

He, therefore, called on parents and students to appeal to the government to do the needful so that the strike would come to an end once and for all, rather than attacking the union.

He noted that the minimum the union was willing to accept had been stated to the federal government.

“On all these issues, we have given the government a minimum that we can accept, but they have not responded on the issue of revitalization, on the issue of earned allowance and on issues that we have all discussed.

”We negotiated and agreed that they should sign and this is very simple, not more than one day.

”On UTAS and IPPIS, we say release the report of the test you did and let’s look at the one who came first and take it as we agreed.

”So we have given them the minimum we want and we have to come down and they can do it in one day if there is a will.”

Osodeke, therefore, reiterated the union’s commitment to return to school if the Federal Government puts its proposal on the table, saying that negotiation could be reached if the government was willing.

“If the government loves this country, these children and their parents, then they should come to the table and let us resolve these issues in one day.

“Just as we did in 2014, they should come and ensure that we do that, we can even have the meeting openly so that Nigeria will see what we are discussing.”

CEM had reported that the federal government had sued ASUU to the National Industrial Court to seek legal means to force the union to call off its strike embarked on the 14th of February.