Home Economy ASUU-FG and the 2009 Agreement 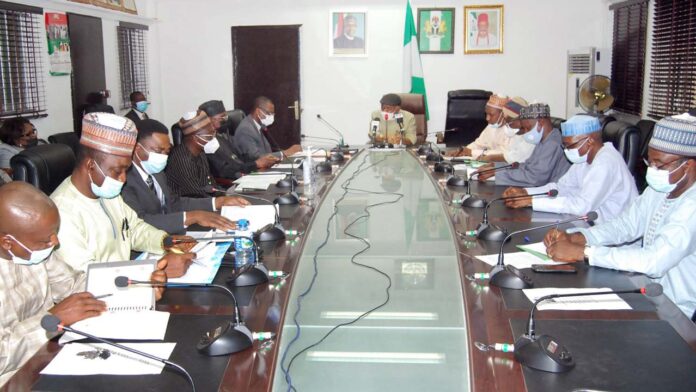 CEM INSIGHT | The Academic Staff Union of Universities (ASUU) commenced strike on the 14th day of February, the strike has lingered for close to seven months now with no end or agreement between the union leaders and the federal government in sight.

ASUU has continued to stand its ground even when the federal government decided to commerce payments of the backlog of owed allowance, the union rejected claiming its strike was particularly for the revitalization of the universities across the country as contained in and ASUU-FG agreement 2009 signed between the union and the federal government in 2009 which is a renegotiate agreement of 2001.

The agreement detailed the salary structure, and retirement, of federal and state own universities among others

Also, the 2009 agreement details that “Each State University shall require three million, six hundred and eighty thousand and eighteen Naira (N3,680,018) per student for the period 2009 – 2011”

The agreement clearly also states the funds were to be included in the yearly national budget.

To strengthen the education system of developing countries UNESCO advises that all such countries dedicate at least 25% of their budget yearly to education. This was the premonition the agreement was signed.

“A minimum of 26% of the annual budget of the State and Federal Governments be allocated to education.

The 2009 agreement implies that education will receive a priority of 26% or above.

However, data available in public space reveals that the reverse was rather the case as the 2011 budget provided 9.8% for education by the same government that signed the agreement, although the allocation grew to 10.7% in 2015 before the then President Goodluck Johnathan vacated office for this present administration.

The 2016, budget under a new administration allocated 7.92% to education and continued in such decline.

Although the present government said it met a backlog of corrupt practices which it intends to root out in its administration, education since got a lower percentage of its budget till date.

The 2021 allocation to education saw the worse allocation in 10 years with just 5.6%. According to data, this was the worst since 2011.

While this can be excused to low revenue, oil theft, pandemic and other factors, the federal government have continued to borrow to fund budgets and fight insecurity while little has been seen done for the education sector.

ASUU February 14 commenced strike action might have yielded some fruits, seeing that the Nigerian Labour Congress (NLC), and other sectors jointly held a protest to force the hand of the federal government but to date have yielded little fruit.

The Union in its fight to bring education in Nigeria to a competitive standard, sister unions – Senior Staff Association of Nigerian Universities (SSANU), Non-Academic Staff Union (NASU) and National Association of Academic Technologists (NAAT) joined the strike in March.

Although these unions have suspended strikes for a period over a settlement with the federal government, ASUU is yet to reach one.

ASUU in disagreement with this said will accept the federal government’s stand if the government will accept that the session interrupted by the months of the strike be cancelled.

ASUU through its president Emmanuel Osodeke explained that the work left behind will still be done, unlike other unions. The strike was lifted from a rollover status to an indefinite status noting that the federal government wasn’t interested in settling with the union

The federal government in a way to settle the rift tried to instigate members of the public to sue the union while it invited members of the University Governing Councils and Managements of Universities to explain its position.

The committee also proposed a set up a sustainable peace team of elders to resolve the lingering impasse between the Federal Government and the Academic Staff Union of Universities (ASUU).

The federal government responding to this said it could only afford a 23.5% salary increase for lecturers and a 35% increase for professors.

The minister of education added that a tactical committee has been established to review its ‘no work, no pay’ stance against striking members of ASUU as well as look into issues relating to salary increases for university lecturers and come up with workable solutions.

He recalled President Buhari warning against signing agreements which the government will not be able to implement as the government tries to resolve its dispute with ASUU and end the strike.

”The Federal Government can only afford a 23.5% salary increase for all categories of the workforce in Federal Universities, except for the professorial cadre which will enjoy a 35% upward review.”

He noted that all allowance will be paid when due adding that about 150 billion will be separated for the university revitalization.

“Henceforth, allowances that pertain to ad-hoc duties of the academic and non-academic staff shall be paid as at when due by the Governing Councils of Universities to which such services are rendered and to the staff who perform them.

With this, one should expect the striking lecturers to call off the strike, however, ASUU has always claimed that whatever was discussed at the negotiations table was never what the federal government made public. The union noted that the opposite was usually the case.

As much as many want the strike to end, we have all failed to look at the implications at the end of the strike.

This magazine reported that SSANU said has lost at least 300 of its members to death during and owing to the present strike. These lecturers could not fend for themselves and their families as a result of no salary according to the union.

That may not seem like the worst case as a viral post of a message sent to a student by a project supervisor reveals the student will need a new supervisor as such lecturer had relocated aboard.

Report also has it that many lecturers have employed such move to further their careers leaving the country with a gap of lecturers to fill after the strike.

Meanwhile, remaining lecturers including professors, are among those seeking employment at the yet-to-be-opened Maduka University, Ekwegbe-Nsukka in Enugu State.

According to a Vanguard report the private university is owned by the chairman of Peace Group, Dr Samuel Maduka Onyishi.

Vanguard also reports that a lecturer at the University of Nigeria, Nsukka, who does not want to be mentioned, said, “What we have passed through in the past seven months without salaries is a lesson. I am a professor, and it would be better to work in a good private university because anything the government does has become uncertain due to its insincerity of the government. “

Another lecturer, who identified himself as Dr Okoli, said, “Maduka University is the destination. The edifice speaks of an emerging world-class university. Again, whatever Sam Onyishi puts his hand into must be a serious business. I’ll surely seek to work there. “

While the resolution is sought after the return of students to the classroom, attention should also be placed on the recruitment of lecturers, however, where will the lecturers be found when final year students are on strike?

Strike in Face of Election

The action of the federal government and ASUU has also buttressed the slang “school na scam.” Many students have turned to internet fraud as the number of arrests by the Economic and Financial Crime Commission has increased in this period.

Although there is no data to back this, the tweets from the commission’s official handle of arrest and wanted issuance have risen since March to date.

With hunger, inflation and dollar rate on the rise and food scarcity gradually taking centre stage, if the students aren’t sent back to the classroom they may become tools employed against the conduct of a peaceful election.

The federal government is indeed plagued with several issues to generate funds and may not be able to honour its 2009 agreement, ASUU, on the other hand, has refused to shift gears lower, the federal government can only hope to do as its predecessor and offer something strong enough that the union can hold on to and end the strike because trust between both parties has been long broken.

COVID-19: How will Sub-Sahara Africa survive this economic crisis?

CBN releases the guideline for the operation of the 100bn credit support for the...