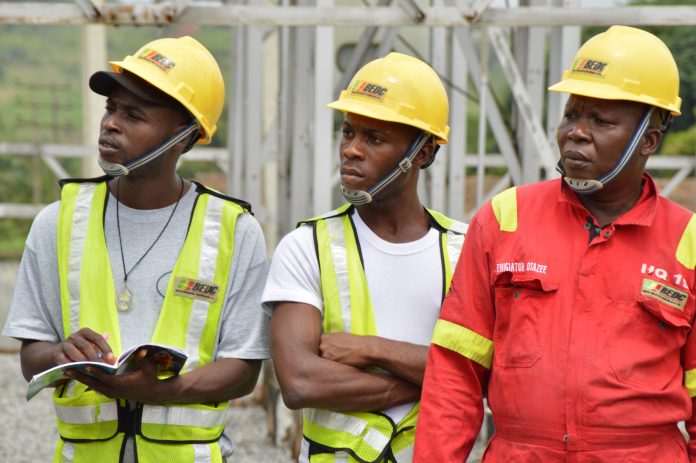 CEM REPORT | The national grid has begun to deplete as workers under the Transmission Company of Nigeria (TCN) began an industrial action to protest a compulsory promotion interview for principal managers, among other issues.

According to data from the Independent System Operation (ISO), as the strike commenced on Wednesday morning the national grid generation fell from over 4,000 megawatts (MW) to 762MW.

Consequently, there have been reports of pockets of outages in Abuja. The Abuja Electricity Distribution Company (AEDC) has issued a notice informing customers the outage was due to the withdrawal of services by TCN workers who transmit bulk power from plants to DisCos’ stations.

Ikeja DisCo in Lagos also issued a notice saying the nationwide picketing affected most of its stations and disrupted power supply.

Recall that CEM had reported that the National Union of Electricity Employees (NUEE) had planned a protest on Tuesday, at the premises of TCN headquarters in Abuja, after it issued a notice of the strike earlier, notifying that it would fully commence the industrial action on Wednesday.

According to the General Secretary, Joe Ajaero in the notice dated 15th August 2022, the union protested against a directive by “the TCN Board that all Principal Managers in acting capacity going to Assistant General Managers, must appear for a promotion interview. This directive is in contravention of our Conditions of Service and Career Progression Paths, and unilaterally done without the relevant stakeholders.”

It also alleged stigmatization of staff from the office of the Head of Serve of the Federation from working in other areas in the power sector, as well as the refusal of the Market operator at TCN to fund the payment of entitlement of ex-PHCN staff as agreed in December 2019.

However, the Managing Director of TCN, Sule Abdulaziz, wrote a letter dated 15th August 2022 to NUEE stating, “We are pleased to inform you that management has suspended the said proposed interview for those on the acting appointment of assistant general managers and general managers while we conclude the discussion with the board.”

On other issues such as a circular from the office of the Head of Service on the stigmatization of the defunct PHCN staff and payment of entitlement of ex-PHCN staff by the Market Operator, Abdulaziz said the management had contacted the Minister of Power, Abubakar D. Aliyu, for further actions.

“In view of this development, we appeal to your union to stay in action.”

However, NUEE on 16th August 2022, wrote back to the minister and the MD of TCN, insisting that the protest will continue. The union faulted the authorities for not resolving the promotion issues for three years and was not convinced about the issues regarding stigmatization at the Office of the Head of Service.

“On the stigmatization of staff from the office of the |Head of Service of the Federation from working in other areas in the power sector, we are not sure you are speaking for the Head of Service after memos addressed to that office several months ago have gone without any acknowledgement.”

And for issues concerning the TCN board, NUEE insisted on hearing from the board and not through the TCN management or the junior minister’s office.

“Premised on the foregoing, we may be constrained to continue with this action by Wednesday 17th August 2022 with a total withdrawal of services. However, the union is still open to decisive discussions with relevant actors; with a view to proffering solutions to the issues raised and averting the total collapse of the sector.”