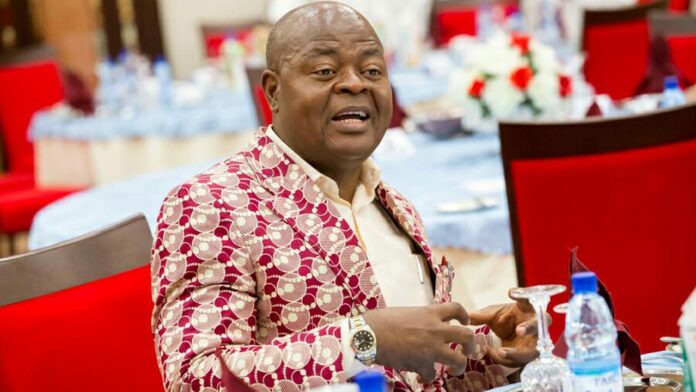 CEM REPORT, INDUSTRIES | Manufacturers’ plight has not seized to surface in public economic discuss. They have used every opportunity to re-echo the unfavorable conditions within which they operate while continuing to reach out to the government to take steps to address the numerous challenges confronting the manufacturing sector.

The Chairman and Chief Executive Officer of Erisco Foods Limited, Chief Dr. Eric Umeofia, in a brief conversation with Continental Economy Magazine (CEM) on Friday, simply puts it; “Manufacturers in Nigeria are not happy”.

This is in tandem with theoretical and empirical conclusion on pathway to industrialization and economic development of any country. The industrial sector is authentically a critical tool for accelerating economic growth and development. The manufacturing sector provides medium to produce goods and services, facilitate good jobs and pave way for societal advancement.

According to Chief Umeofia, because of our low level of industrialization, any move to build our infrastructure only end up creating jobs for other countries and improving their economies. An instance of this is the expansion of the rail transport system vis-a-vis construction of railway lines this administration embarked on. He explained that though the project is a good one, it ended up creating jobs for the countries that supplied the material when we consider the volume of importation into the country for the project.

“Until Nigerian government strengthen our manufacturing sector, our infrastructural development drive will continue to expand the economy of other countries; creating jobs for them and boosting their revenue”; Chief Umeofia said.

Erisco Foods Limited is one of the foremost indigenous companies that produce canned tomato paste. Chief Umeofia showed CEM the Push-Pull Cap used to cover cans whose import duties suddenly increased significantly, raising its cost of importation. One would expect that indigenous companies that are directly utilizing major agricultural products such as tomato should be granted some incentives such as import waiver on some important production material.

Chief Umeofia said most of the businesses created under the current attention on entrepreneurship die off within a short time following the array of challenges listed above and others they have to face. Most of the time those small-scale businesses lack the capacity to harness resources to wallow through the harsh environment to remain in business.

This is the reason manufacturing is contributing so little to the gross domestic product of the country. The sector recorded a dismal 9% average contribution to the nation’s GDP in three years, from 2019 to 2021. The highest contribution so far in 2022 was 15.06% which happened in the first quarter. This figure continued to drop for the second and third quarters to12.97% and 13.75% respectively.

Global ranking of our industrial sector is also not impressive and calls for worry. Out of 132 countries assessed by the Global Innovation Index, Nigeria ranked 114 in its 2022 report below 7 other African countries led by Mauritius that ranked 45th. Others are South Africa (61th), Botswana (86th), Kenya (88th), Ghana (95th), Namibia (96th) and Senegal (99th).