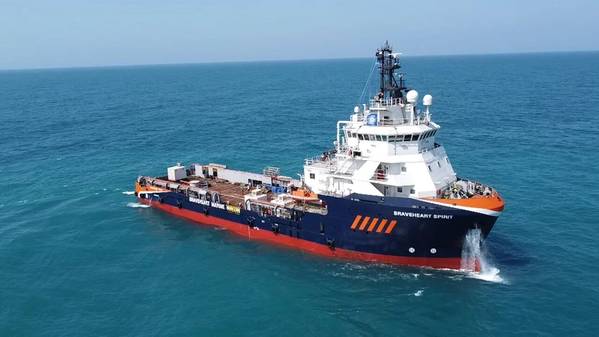 The Minister of Transportation, Engr Mu’azu Sambo, made the disclosure while at the flag-off ceremony of the third phase of the Nigerian Seafarers Development Program (NSDP), held at the Naval dockyard in Lagos.

“President Muhammadu Buhari has approved my request for the disbursement of the CVFF Fund.

“We have made a case that the fund belongs to the Nigerian shipowners and the president who is a respecter of the law, therefore, approved the disbursement of the fund with immediate effect.”

“We shall approach the minister of Finance, Budget, and National Planning, as well as the Central Bank of Nigeria (CBN), for the immediate disbursement of the fund.”

The minister also noted that the president further approved that the fund should be further disbursed to ship owners immediately it hit $ 50 million threshold in the Treasury Single Account (TSA).

He further assured that even though the CVFF which has hit over $ 350 million is warehoused in the Treasury Single Account (TSA) of the federal government, it would be transferred to the approved primary lending institutions for disbursement.

“We have pledged to the president that they would continue to allow the funds to go into the TSA, however, whenever the money hit the threshold of 50 million dollars, the central bank of Nigeria upon recommendation from the Nigerian Maritime Administration and Safety Agency (NIMASA) and the federal ministry of transportation, would ensure the transfer of the funds to the primary lending institutions.”

According to reports, the CVFF was an intervention fund created to enable indigenous ship-owners to build capacity, maintain existing vessels, and also to acquire new ones. The fund has been trapped for 17 years and has grown to $350 million.

Furthermore, Sambo stated that the implementation of the coastal and inland shipping policy increased the demand for Nigerian seafarers which as at that time was in gross shortage.

He noted that the federal government through the Ministry of Transportation and NIMASA midwife the Nigerian Seafarers’ Development Programme (NSDP) in 2008 to address the shortage.

Additionally, he stated that the NSDP initiative targeted training globally competitive officers that will erase the unfortunate discrimination that exists between local and foreign-trained officers in practice.

“The programme as an intervention was designed to train Nigerian youths to become seafarers. The choice of foreign Maritime Training Institutions (MTIs) was mainly based on the capacity and certification of the Institutions in the area of maritime training (STCW) by IMO. The initiative targeted training globally competitive officers that will erase the unfortunate discrimination that exists between local and foreign-trained officers in practice. However, efforts are ongoing in the area of upgrading local Maritime Training Institutions to enable them take up the NSDP training in the near future.”

Speaking further on the training the director general of NIMASA, Bashir Jamoh, at the event stated that the programme was designed to train Nigerian youths in Marine Engineering, Nautical Sciences, and Naval Architecture in some of the best Maritime Training Institutions (MTIs) abroad, adding that the training was to position the cadets and make them compete effectively in the global Maritime Industry.

“It was noted that the number of Nigerian seafarers on ocean-going vessels before now had depleted over the years and the urgent need to boost it adequately for effective implementation of the coastal and inland shipping policy of the government, informed the initiative.

“At some point, it was said that Nigeria had less than ten (10) Seafarers on ocean-going vessels, while countries like the Philippines had over Four hundred thousand (400,000), and currently earn over Six billion U.S dollars ($6,000,000,000.00) in forex inflow from their seafarers employed around the world.

“Countries like India, Indonesia, and China also have their nationals all around the world working in the maritime industries. It is hoped that with continuous progress made and better projections in the NSDP, Nigeria will soon be among the major players in the global maritime sector.”

“It is important to note that from inception to 2020, the programme has enrolled 2,041 students, while 892 are now licensed deck and engine officers including naval Architects, the rest are in the final stage of the programme. It may please the minister to know that about 486 of the graduates are now gainfully employed and sailing in both coastal and ocean-going vessels.”