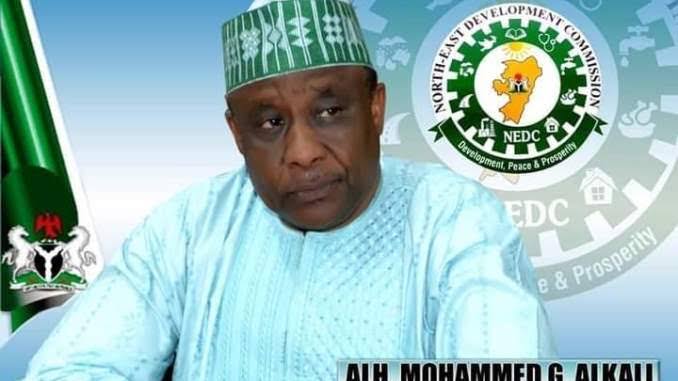 CEM REPORT, INFRASTRUCTURE | The first phase of the Master Plan for the recovery and stabilisation of six insurgency-affected states has been completed by the North East Development Commission (NEDC).

The commission at the unveiling of the completion of the projects with media executives in Maiduguri on Monday said it had spent N75,098,550,001 to complete 647 education, health, and other infrastructure developments in the North East region of the country.

According to the Managing Director of the commission, Mohammed Alkali, while listing projects to include Water Supply, Sanitation and Hygiene (WASH), housing, agriculture, power and environment sectors of the economy noted that 2,500 houses were built in five states of the region gulping N17.5 billion.

He explained that the construction of 1,000 housing units in Ngowom community was completed at the cost of N2.92 billion.

“500 housing units in each of the five other states at the total cost of N17.5 billion Naira. We’ve also provided Rapid Response Intervention projects in the 112 local government areas of the region at the cost of N6 billion Naira.

“We’re constructing 18 mega schools one in each Senatorial district in the six States. We’ve provided 120 vehicles and hospital equipment to security agencies. We’ve provided 42 ambulances to some states and federal hospitals”

On the completion of environmental and ecological projects, he said, “The commission engaged 300 youths and women in waste recycling, efficient stove production and use to become self-reliant.”

He added that they were also sensitised on environment protection and climate change mitigation.

He said the commission was also into free fistula repairs, psychosocial support services, peace-building initiatives, and free viral Hepatitis vaccination for over 5000 patients.

Alkali further noted the strategic activities in the first phase were focused on building collective peace that would prevent the recurrence of insurgency and other conflicts in the region.

Adding that the commission would soon release its North East Stabilisation Development Master Plan which will be implemented at the cost of N31.5 trillion.

Also on the day the Federal Ministry of Humanitarian Affairs, Social Development, and Disaster Management applauded the efforts of NEDC,

The ministry represented by Sadiq made the commendation during a briefing with senior media executives in Maiduguri.

“At the ministry, we have a monitoring and evaluation department and we follow closely what agencies under the ministry are doing. Looking at the NEDC we’re looking at 583 intervention projects across the six states of the North East. 583 projects and programmes in a space of about one and a half years, I can tell you the ministry is very proud of what the NEDC has achieved.”

He said the ministry and the commission do not discriminate in the siting of the projects as the Minister has commissioned NEDC projects in all six states in the region.

North-east, consisting of Borno, Yobe, Adamawa, Bauchi, Gombe, and Taraba states, has battled with an Islamist insurgency that has resulted in the death and displacement of millions of people. The region is home to one of the world’s worst humanitarian crises with millions of people displaced as a result of the 13-year-old conflict.

The Commission was inaugurated in 2019 to help in coordinating the resettlement, rehabilitation, integration,  and reconstruction of infrastructure for victims, among other things.