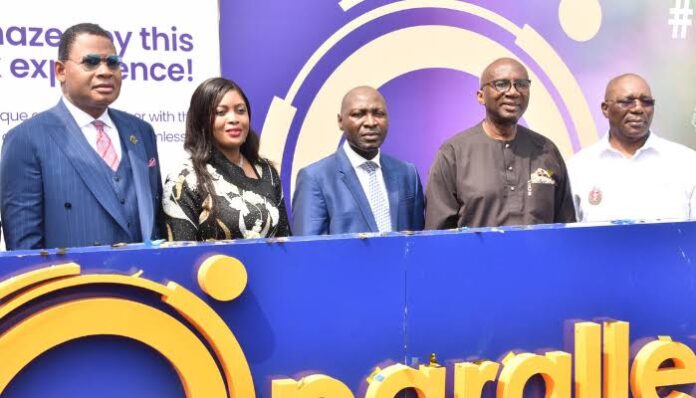 CEM REPORT, FINANCE | Parallex Bank Limited has been awarded the Challenger Bank for 2022.

The Nigerian commercial bank received the award at the Businessday Banks and Other Financial Institutions Awards held in Lagos.

Parallel beat Alat by Wema Bank and Lotus Bank, which were co-nominees in the award category.

The Managing Director and Chief Executive Officer of Parallex Bank,  Olufemi Bakre, in his acceptance speech said the award is a further testament that Parallex Bank is on the right path.

Bakre said it is gratifying to note that just by staying true to the company’s core values of professionalism, innovation, excellence, customer centricity, and collaboration, Parallex Bank was adjudged the challenger bank of the year. He said the award was received with every sense of pride and assured Nigerians to expect more from the bank in the coming days

He explained that the bank has achieved great feat by not doing banking the usual way, stating that from inception the Parallex set out to offer customers a limitless banking experience that meets the core of their banking needs and pain points.

He further added that Parallex offers its customers the freedom to choose their NUBAN Account number while offering them free transfers to other banks, and not charging a monthly account maintenance fee on their accounts.

He added that the bank also offers interest not only on savings accounts but also on current accounts.

Parallex Bank recently won the Excellence in Agency Banking Award at the 2022 Finnovex Awards. Also, the bank was awarded the most innovative Young Commercial Bank in Nigeria at the Marketing Edge Awards.

The Publisher of Businessday Limited, Frank Aigbogun, said the BAFI Awards is supported by the BusinessDay Research and Intelligence Unit (BRIU), and nominations for the award are the culmination of a rigorous review process.

According to him, Businessday Media Limited has a thorough understanding of the happenings in Nigerian banks and other financial institutions and based on rigorous assessment, there were nominations and winners were carefully selected.