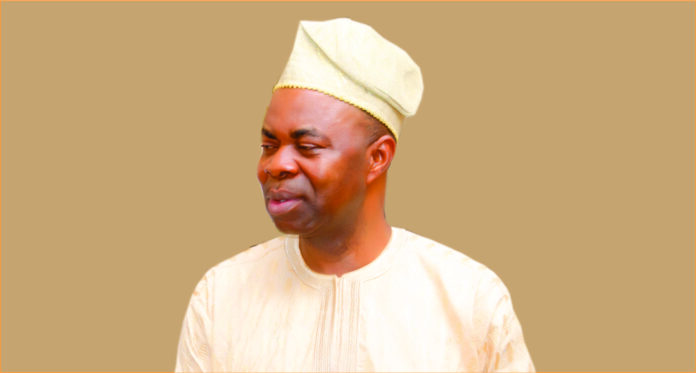 CEM INSIGHT, MANAGEMENT | In the current productivity driven society, the success of a man is better judged when viewed holistically by including the state of the home into the equation. A lot of men that have been acclaimed successful are actually not when the home condition is weighed on the scale of societal morals, family ambience and posterity measure.

My very good friend, Admin. Jonathan Iyoha, a Management Consultant, has often said that three rooms are responsible for the success of a man; the Bedroom, the Boardroom and the Spot room, that for a man to the successful, there must be a balance between the three. In other words, real successful men usually have this rooms in optimum conditions.

An interaction with Chief Abu Agbonoga, the Ezomo of Weppa Clan vivifies the success principles stated above. It was not difficult to understand the path to his achievements in the short interview he granted Continental Economy Magazine on the occasion of the 50th birthday of his second wife, Nimat, which was celebrated recently. [See Details]

Abu, as is fondly called, had a successful banking career which spanned for over 20 years before setting up a high-profile Financial Consultancy firm – Ichato Ventures Ltd, which he has managed professionally for over a decade.

He obtained his HND in accountancy with a distinction from the Federal Polytechnic Auchi, in 1985.  In 1989, he obtained A Masters Degree in Business Administration from Ondo State University.

This is truly a successful boardroom in its entirety that is connected to a successful bedroom, I mean a coordinated and peaceful home not totally void of arguments, though, but occupied by people of sound minds and sincere hearts.

Attaining a peaceful home by the High Chief is not predicated on ‘bossiness’ and intimidation but on openness and communication; a great lesson to be learnt by those career men and women living in chaotic homes and those aspiring for a positive career life.

“The problem a lot of people have is that, they don’t open up to their spouses. You have to communicate; you need to let your spouses know how things are going. If you don’t do that, you create room for suspicion.

I have lived under the same roof with my two wives for more than 22 years with adequate peace. We were able to achieve that, because, every body is open; we are transparent”; Abu said.

While this admonition is central to achieving peaceful home for professionals, individual participants in the home affair play pivotal role in this regard. Personal character of the individuals determine how issues are approached, how snags are resolved and how rules and traditions are kept.

Adama specifically said; “It is the husband that keeps the home; if the husband knows which is right from the wrong, everything becomes fine”. [See Details]

Abu’s leadership qualities have not only helped him in keeping a successful home, he also has a successful social life (spot room). He has headed numerous corporate and social organizations; a usual consequence of good leadership qualities which in turn has played a central role in his success in business. His philanthropy has added to his quick acceptance in the numerous organizations and associations he belongs to and headed.

His leadership qualities earned him the position of a vice president within two years of joining the Usagbe Club; a prestigious organization of the sons of Weppa and Wanno Clans in Edo State. He became president of the club between 2009 and 2011 with numerous achievements to his profile. Other notable associations he belongs to include Ikoyi Club, Isadus Inc-USA (Board member), Etsako People’s Unity Club (Patron) and many more.

Keep this in mind; your success can only be total when you are successful in your bedroom, board room and spot room. To achieve success in your career, you must keep your home peaceful.

You Can Now Own A Telegram Account Without a SIM Card