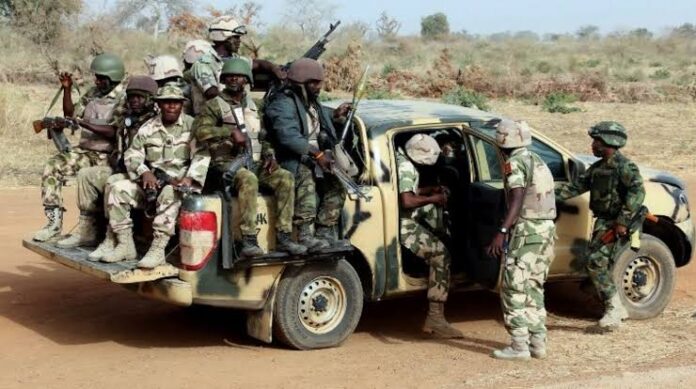 CEM REPORT, SECURITY | The army has urged the National Assembly to pass the Armed forces ‘Nigeria Trust Fund Bill’ before its termination in 2023.

The army is also calling for a review of the current envelope system, which they claim had led to inadequate funding of the Nigerian army operations.

The Chief of Army Staff (COAS), Lt General Faruk Yahaya while presenting; ‘performance of 2022, and defence of the 2023 budget proposal’ of the Nigerian Army before the House of Representatives Committee on Army Chaired by Hon Abdurrazak Namdaz, noted that passage of the bill would greatly assist the Nigerian army through improved funding which would, in turn, boost the Service operations

“This is because the manpower requirements of the Nigerian army increased to meet the expansion of the theatre operations of the force.

“Consequently, the Nigerian army battlefield in the centre and other operational commands were established to effectively, provide security for our citizens”

In his remarks, the Chairman of the Committee,  Hon Abdurrazak Namdaz, observed that the welfare of personnel of the Nigerian army should be given topmost priority and never compromised, to enable the army, to tackle the nation’s security challenges effectively.

He also noted that the committee was aware of the challenges confronting the army, especially the issue of funding.

Namdaz added that the 2023 budget proposal of the Nigerian army, now under consideration is about N600 billion, urging for judicious application of the provision.