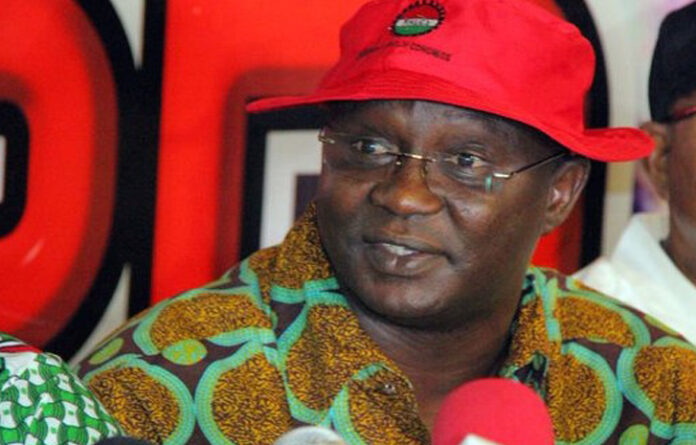 CEM REPORT, SECURITY | The Nigeria Labour Congress (NLC), has agreed against the bill for state police.

The union while calling the attention of the House of Representatives to the history of political thuggery in the country exclaimed that most of the state governors who are canvassing for state police will eventually hand over guns to the people who may rent out guns to armed robbers if they can’t pay their salaries.

The NLC President, Comrade Ayuba Wabba during a press conference held at the instance of the leadership of the senate and House of Representatives committees on constitution review, observed that Abia State is still owing 26-month salaries.

“Some are owing for months. But they want state police. What does that entail? Placing guns in the hands of a “new set of employees”. they would be a new set of employees and you now put guns in their hands. And if you don’t pay their salaries in months, what happens? Some of them may decide to rent these guns to armed robbers for business in return for money. These are legitimate fears.

“You need to disabuse the minds of people. How do you address these? I had those fears myself, but at the time I felt that since the majority of the people are clamouring for this, maybe I should have a change of mind. But that is me converted, what about the others?

“Not only that there is also the use, most especially use, to which this state police could be deployed. Today there is this fear that some members of the national assembly cannot even go home for fear the governors do not even control the police since it is federal police, but because of the influence they wield over these police bosses in their various states, especially those who have spent so long in those states, they can use those police to stop our colleagues from entering to state for politicking. Those are also legitimate fears.

“They need to come and have interaction with our colleagues to disabuse their minds that these fears are justified. I am not saying those are my fears. But those are fears out there. They have not done enough work or lobbying. They have to convince members of the National Assembly.

“Even this position they are taking right now, the position seeking to pretty hold these bills to ransom, this position only came after the votes. Maybe if you told the members of the national assembly that unless and until you pass this bill, we would not consider the others, maybe I don’t know if maybe members would have been intimidated. For sure I would not be. But if there are members that would have been intimidated by that kind of threat, maybe it could move them. But the bottom line is that these threats only came after the votes had been taken.”

Meanwhile, the leadership of the NLC, National Union of Local Government Employees (NULGE), and Parliamentary Staff Association of Nigeria (PASAN) threatened to commence immediate mobilization of workers and shut down legislative activities at the state houses of assembly with a view to compelling the state legislature to pass the bills on local government administrative and financial autonomy.