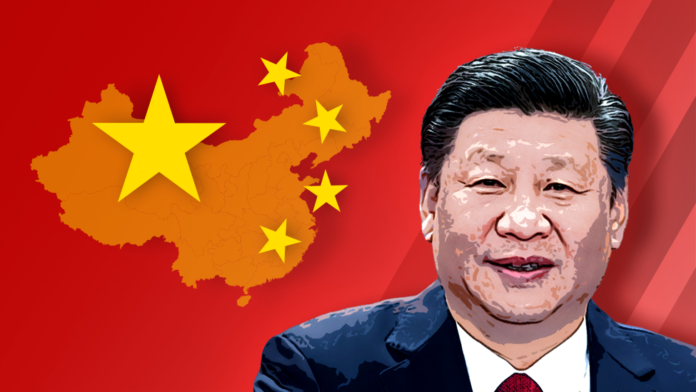 CEM REPORT, INTERNATIONAL | The Chinese Government has set up an “overseas police station” in Nigeria.

The government say the security outpost is created to bring “down on all kinds of illegal and criminal activities involving overseas Chinese.”

The Chinese President Xi Jinping in a nationwide broadcast on Sunday, the stations will be called “110 Overseas Police Service Centres.”

Jinping added that corruption, “is a cancer to the vitality and ability” of the Communist Party and “fighting corruption is the most thorough kind of self-reform there is,” adding that as long as “the breeding grounds and conditions for corruption still exist, we must keep sounding the bugle and never rest, not even for a minute, in our fight against corruption.”

According to a report by Safeguard Defenders, titled, ‘110 Overseas Chinese Transnational Policing Gone Wild,’ the move is part of a massive nationwide campaign to combat fraud and telecommunication fraud by Chinese citizens living abroad, Chinese authorities claimed that from April 2021 to July 2022, 230,000 nationals had been, “persuaded to return” to face criminal proceedings in China.

China’s ofﬁcial statements detailed the use of depriving suspects’ children of the right to education back in China and other actions against relatives and family members in a full-on “guilt by association” campaign.

The report explains that the Chinese government would rather set up systems in countries than employ local authorities to combat crime perpetrated by its nationals.

“Rather than cooperating with local authorities in the full respect of territorial sovereignty, it prefers…to cooperate with (United Front-linked) overseas ‘NGOs’ or ‘civil society associations’ across the ﬁve continents, setting up an alternative policing and judicial system within third countries, and directly implicating those organisations in the illegal methods employed to pursue ‘fugitives’.”

CEM gathered that the Chinese government also has such stations in Lesotho and Tanzania as well as across Europe and America.

Safeguard Defenders report revealed that China has designated nine countries as having serious fraud, telecom fraud and web crimes, and Chinese nationals were no longer allowed to stay in those countries without “good reason.”

Furthermore, the report stated that rapidly emerging evidence pointed to extensive online campaigns and the use of, “Overseas Police Service Stations” being used in these operations on ﬁve continents, often using local “Chinese Overseas Home Associations” linked to the CCP’s United Front Work. These operations eschew ofﬁcial bilateral police and judicial cooperation and violate the international rule of law, and may violate the territorial integrity of third countries involved in setting up a parallel policing mechanism using illegal methods.”

“While establishing these operations to hunt down those accused of fraud and telecommunications fraud, China identiﬁed nine countries particularly prone to hosting Chinese nationals engaging in such criminal activities, the ‘nine forbidden countries’.”

However, the setting up of overseas police ‘service stations’ was a worldwide phenomenon, with the majority of such being in western democratic nations, with a particular focus on Europe, and not in the ‘nine forbidden countries’

As documents identiﬁed by Safeguard Defenders showed, such overseas police “service stations” had been used by police back in China to carry out such “persuasion to return,” operations on foreign soil, including in Europe.

However, the rights group noted that abandoning any “pretext of due process or the consideration of suspects’ innocence until proven guilty, targeting suspects’ children and relatives in China as ‘guilty by association’ or ‘collateral damage’, and using threats and intimidation to target suspects abroad, is now itself becoming an endemic problem.”

The scourge of fraud and online fraud has become endemic in China, both within its borders and outside, according to the report, with the Chinese police reporting in April 2022 that they had resolved 394,000 cases and arrested 634,000 suspects in 2021 — an increase of 28.5 per cent and 76.6 per cent respectively — while also stating that the successful campaign had effectively curbed the growth of online fraud crimes.

According to the report, a big part of the campaign had been to effectively targeting those suspected of fraud, as well as related cases of human trafﬁcking, abroad.

“Whether the targets are dissidents, corrupt ofﬁcials or low-level criminals, the problem remains the same: The use of irregular methods — often combining carrots with sticks — against the targeted individual or their family members in China undermines any due process and the most basic rights of suspects,” Safeguard Defender further stated.

It added: “The described treatment of targets, their families and even wider community as suspected criminals — in some cases even in the absence of any factual accusation as emerges from the ‘nine forbidden countries’ — further deprives them of the right to be considered innocent until proven otherwise and the right to a fair trial, and also institutes a far-reaching ‘guilt by association’ paradigm.”