Home Top Global News California Announces a Ban on the Sale of New Gas-powered Cars by... 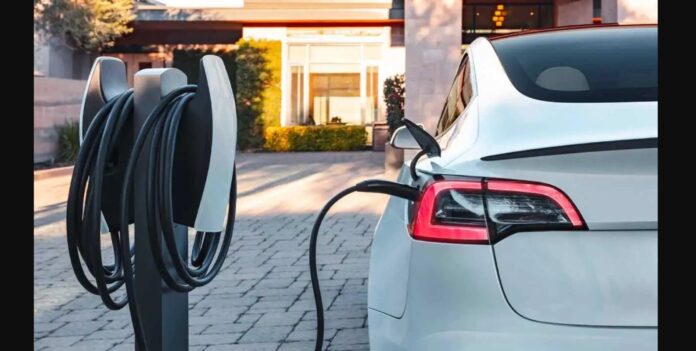 CEM REPORT | California has taken a major step to rid the State of petrol powered vehicles and fully transit to electric powered ones. The most populous State and the center of U.S. car culture announced a ban on the sales of new gasoline-powered vehicles starting in 2035

According to CNBC, the rule was issued by the California Air Resources Board on Thursday following the unanimous vote after Gov. Gavin Newsom set a target in 2020 to accelerate the shift away from internal combustion engines.

This is considered historic in the fight against climate change since it will force automakers to speed up production of cleaner vehicles beginning in 2026. The transportation sector represents the largest source of greenhouse gas emissions in California, a State that have suffered heightened wildfires, droughts and air pollution in recent years.

California has been in the forefront and have recorded remarkable progress in the push to wean the transport system of fuel combustion engines. The new rule is expected to fasten the phase out of such vehicles over time targeting 35% of total new vehicle sales to be powered by batteries or hydrogen by 2026 and 68% by 2030.

“California is once again leading the way by establishing commonsense standards that will transition to sales of all zero-polluting cars and light-duty trucks in the state,” said Kathy Harris, clean vehicles advocate at the Natural Resources Defense Council.

Liane Randolph, chair of the California Air Resources Board, said the rule is one of the state’s most important efforts yet to clean the air and will lead to a 50% reduction in pollution from cars and light trucks by 2040.

State officials said the rule is critical to meeting the state’s goal of transitioning to 100% renewable energy by 2045, adding that resulting emissions declines would lead to fewer cardiopulmonary deaths and improved health for those suffering from asthma and other illnesses.

However, meeting the timeline will face challenges, including installing enough charging stations across the state and having adequate access to materials needed to make batteries for electric vehicles.

Shifting away from gasoline powered engines means reduction in fuel consumption and a loss for the oil production and refining industry.

While the policy is not a total ban on people from continuing to drive gas cars or from buying and selling them on the used market after 2035, human phenomenon will likely to have a more than expected acceptance if the authority meet up with supporting facilities.

Furthermore, the decision is expected to have sweeping impacts beyond California and will likely pave the way for other states to follow suit. At least 15 states, including New Jersey, New York and Pennsylvania, have adopted California’s vehicle standards on previous clean-car rules.

Across the globe, governments are also implementing policies and pushing facilitation for expansion of electric vehicles market.

According to report by iea, there were 10 million electric cars on the world’s roads at the end of 2020, following a decade of rapid growth. Electric car registrations increased by 41% in 2020, despite the pandemic-related worldwide downturn in car sales in which global car sales dropped 16%.