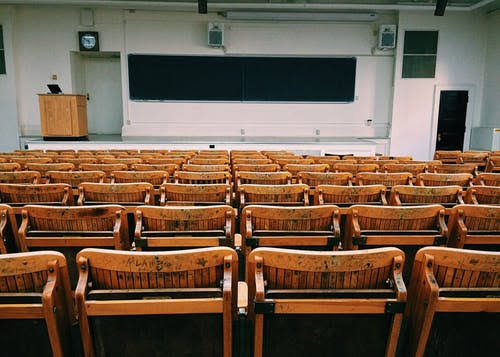 CEM REPORT | The Nnamdi Azikiwe University branch of the Academic Staff Union of Universities, (ASUU-NAU) has opted that the ongoing strike action be upgraded to indefinite.

The Union branch opted for the upgrade on grounds that the federal government has failed to show commitment to resolving the demands of the union.

According to chairman ASUU-NAU, Comrade Stephen Ufoaroh, after a Congress in Awka affirmed support for national leadership on their position concerning the strike.

“Against the backdrop of government’s intransigence and lack of commitment to reaching an agreement with ASUU on the contentious issues after over six months of industrial action, ASUU-NAU has ultimately resolved for a comprehensive, total and indefinite strike going forward, until all issues at stake are satisfactorily resolved between the Union and the Federal Government.

“ASUU NAU Congress reaffirms support for the national, zonal and branch leaderships of the union in their management of the struggle to save the soul of the public universities in Nigeria, where over 95% of Nigerian students study, and for being a voice for the voiceless citizens of Nigeria”.

Ufoaroh, while kicking against the claim of the Minister of Education, Adamu Adamu, that issues with the union had been resolved stood against the implementation of the ‘No work No pay’ policy, especially with the motive to deter other strike action.

He added that the issue that birth the strike has seen no agreement, except that the federal government had only promised to implement demand in the next year’s budget which the union finds irresponsible.

“Congress took note of the fruitless effort by the Minister of Education to misinform Nigerians to the effect that every issue with ASUU has been resolved except the issue of salary arrears for the months ASUU had been on strike, which, as he stated, the government was not willing to pay and would not pay, to serve as a deterrence to strike.

“We wish to state categorically that at no time was the issue of salary arrears discussed with the Minister, as no agreement has been reached on the important issues that necessitated the strike.

“the much the Buhari-led administration has done was a promise of implementation of ASUU’s demand in 2023, when perhaps, he must have left office, thereby shifting his responsibility to the next government.  Congress viewed the government promissory note as an abdication of responsibility.”

Additionally, congress noted that none of the genuine demands of ASUU has been given requisite attention by the federal government, including re-negotiation of the 2009 FG-ASUU agreement; adoption of UTAS (which came first in the test by the government) as a replacement for IPPIS as a payment platform; payment of salary arrears for academic staff; payment of Earned Academic Allowances (EAA); revitalization funds for the universities; release of white paper on Visitation Panels that concluded their assignment last year; and non-proliferation of state universities.

Furthermore, Congress explained that the new federal government salary structure was presented to the union on a take it of leave basis which according to him goes against collective bargain, expressing displeasure in the federal government’s attitude towards education.

“Congress rejected the federal government’s award of salary to university lecturers, with the very insulting award’ of 35% increment for Professors at bar and 25% for other levels of academics, on a take-it-or-leave-it-basis. “Congress observed that the award of salary negates the principle of collective bargaining and an insult to the sensibilities of the finest intelligentsia of the nation’s human capital development.

“On government’s negligence and repudiation of the reports of the various government negotiating committees (The Prof. Jibrilf Munzali Committee of May 2021, and the just concluded Prof Nimi Brigg’s Committee), ASUU NAU Congress viewed the federal government’s attitude as irresponsible, reprehensible and symptomatic of a divided and confused house.

“Congress observed that the education of Nigerians is not a priority of government; that the Strike could have been avoided if the government had considered education a priority.”

Ufoaroh called on parents, students and the entire citizens of Nigeria to continue to show solidarity in this struggle to give every Nigerian youth quality education,