Home Business How Much Klopp Has Made For Liverpool 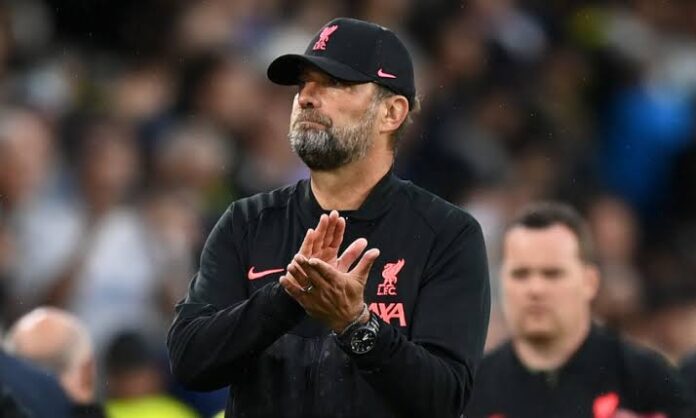 CEM REPORT | Football is a sport that not only involves tactics on the field of play but also on the table of business. The establishes that the success of a club doesn’t always depend on trophies but also its financial stand.

Players, who are considered assets, are bought through deals to strengthen the squad, thereby increasing the club’s value and invariably a significant growth in finance at the right time.

A club that has done this petty well in recent times is Liverpool Football Club.

The Reds have recruited players who have taken the club to top heights in all completion and have well offloaded them at the best time to pull in funds.

Under present manager, Jurgen Klopp, signing such as Mohamed Salah, Virgil van Dijk, Alisson Becker, Andy Robertson and Sadio Mane have been key to building a formidable side that has given other clubs a run for their money year after year.

Since Klopp’s arrival in October 2015, the Reds have raised more than £500 million  ($600m), from its excellent mastery in selling its asset (players), yet replenishing its squad, continuously improving it season after season.

A quick look at the income from sales of players under Klopp from 2016 to date probably explains why the club is successful under his management.

According to Goal, Liverpool’s top 10 most expensive sales include:

A player who was tipped for big things after shining at the Reds’ academy, Brewster made only four senior appearances, enjoying a productive loan spell at Swansea before being sold to Sheffield United.

The striker’s time at Bramall Lane has been tough, with only four goals in his first 46 appearances, but he is still young enough to deliver on his considerable talent.

Another prime example of Liverpool’s willingness to invest in young talent to develop them, if not for their first team then to be sold on at a profit further down the line.

Solanke cost the Reds around £3m ($3.6m) when joining from Chelsea in 2017, and made 27 appearances for the senior side, scoring once.

He left after 18 months on Merseyside, Bournemouth paying a hefty fee for the once-capped England international. Solanke took time to find his feet on the south coast, but did so spectacularly in the 2021-22 season, scoring 30 goals as the Cherries won promotion to the Premier League.

A rarity, in that he is a player who pretty publicly, and spectacularly, fell out with Klopp at Anfield.

The Frenchman was a popular figure among supporters, but things unravelled for him after he was accused in April 2016 by UEFA of taking a banned substance. The case was later dismissed, but by then Sakho had missed out on Liverpool’s run to the Europa League final and France’s Euro 2016 campaign.

That summer, he was sent home from the Reds’ pre-season tour of the USA after a series of disciplinary issues, including being late for the team flight and missing several treatment sessions. He would never play for the first team again, joining Palace in 2017 after an initial loan spell.

When the demise of the Rafa Benitez era at Liverpool is discussed, the sale of Alonso is generally seen as the key turning point.

The Spaniard had looked to leave the previous year when Benitez had sought to replace him with Aston Villa’s Gareth Barry. He was later sold after an excellent 2008-09 campaign in which he had played a key role in Liverpool finishing second in the Premier League behind Manchester United.

Liverpool, under the ownership of Tom Hicks and George Gillett, was in a position where they had to sell because of mounting financial problems, and as such, their attempts to replace Alonso were doomed. Alberto Aquilani never came close to doing so.

A transfer gamble which never paid off, Benteke spent only one season at Anfield after signing from Aston Villa in 2015.

He scored 10 goals but was deemed unsuitable for Klopp, who had replaced Brendan Rodgers as manager midway through the campaign.

One of the best signings Liverpool ever made, Mane’s sale to Bayern this summer came as something of a surprise, but he should leave Anfield with few regrets.

The Senegalese star scored 120 goals in 269 appearances with the Reds, winning every major club honour in his six-year spell.

The fact that Liverpool was still able to make a small profit on the fee paid to Southampton in 2016 is interesting, if not important.

An acrimonious departure, and one which many Reds fans have not forgiven Sterling for.

He was only 20 when he decided that the Etihad would be a better place to develop than Anfield, and what followed was a protracted and at times messy saga, in which player and club fought a PR war.

In the end, Sterling got his wish and his transfer. He went on to win 11 major trophies at City, including four Premier League titles, before joining Chelsea in a surprise transfer earlier this summer.

A transfer which hurt Liverpool fans more than most, Torres departed on the final day of the January 2011 window, having decided that his ambitions could not be fulfilled on Merseyside.

History suggests that Liverpool got the better end of the deal. Torres won trophies at Stamford Bridge but never came close to the heights he had scaled at Anfield, while the Reds replaced him with Luis Suarez, a superior player.

One of the most gifted players ever to grace Anfield, Suarez played for Liverpool at a time when the club simply couldn’t compete with the likes of Real Madrid and Barcelona, and so his move to Camp Nou came as little surprise.

The Uruguayan, who scored 82 goals in 133 appearances for the Reds, left after an incredible 2013-14 season, in which he won the Premier League Golden Boot and was voted PFA and FWA Player of the Year.

He left under a cloud, having been banned for biting Italy’s Giorgio Chiellini at the World Cup in Brazil, but he would become a legend in Catalunya, scoring 198 goals in six seasons and winning 13 major honours.

A defining transfer in the history of both clubs, Coutinho’s January 2018 move neatly encapsulates both the smartness of Liverpool and the recklessness of Barcelona.

The Brazilian had wanted to move to Camp Nou the previous summer, only for Liverpool to dig their heels in and refuse his request. A few months later, however, they were willing to do business, though only for an eye-watering price which made Coutinho the third-most expensive player in history.

He certainly didn’t justify his fee in Spain, scoring only 26 goals and spending the 2019-20 season on loan at Bayern Munich. He returned to England earlier this year, joining former Liverpool team-mate Steven Gerrard at Aston Villa.

The Reds reinvested their Coutinho windfall pretty well. Van Dijk, Alisson and Fabinho all arrived, and within two years the Reds were, in Klopp’s words, “champions of everything”.