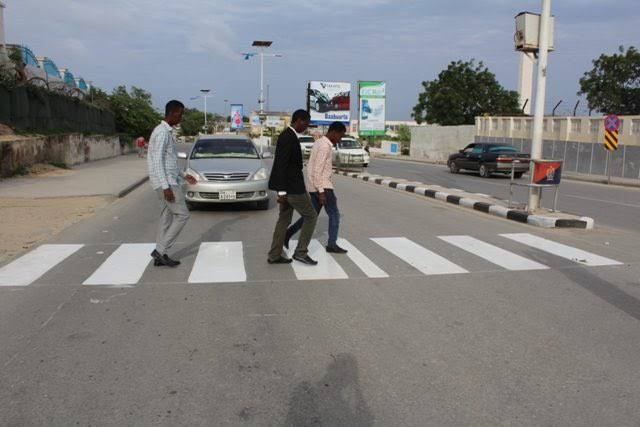 CEM INSPIRATION | Building a better society is the collective responsibility of citizens. It is true that the government should champion the course but every citizen is a key player in the quest for achieving a great Nation. Analysing the role of the citizens, it is indisputably obvious that citizens have done too little or absolutely nothing to promote Nigeria and Africa in general. This is very visible even in trivial things.

For instance, obeying traffic rules and road safety signs seem to be harder than passing a night in the Lion’s den. Our “always in a hurry attitude” have made it difficult to respect the Red Light such that every light is Green in our eyes hence we can zoom off at will without considering the safety of oncoming vehicles. The most annoying is the flagrant disregard for the zebra cross sign. How could you see me stand in there and still decided to flaunt your unapproved car racing skills? Instead of slowing down at that dangerous bend on the highway, you continued on 180km/hr. You wan kee person! Your unhealthy competitive attitude makes you overtake without sounding the horn. By the way, are you not suppose to overtake on the left side where the driver ahead can see you from the side mirror? I believe you know I didn’t mention your name.

The cancer of lateness and absenteeism is a kind of disease that scientists might never find a cure to before the end of this lifetime. The decay have spread so much that even by 10am on a Monday, some work desks are still waiting for their occupants. You are the last person to get to the office but you close before 3:00pm. Some of you go to work just three times or never in a whole month but would be the first to ask if salary has been paid. If this sounds like you it might just be a coincidence.

Environmental pollution is now a chronic thorn in flesh of our society. The majority of which are highly avoidable. Mr Landlord, your septic tank (soakaway) is full, but you left it to flow off to the detriment of neighbours. You are notorious for throwing refuse (plastic bottles, biscuit wraps, maize cob, water sachets etc) through the window of a moving vehicle. You go as far as pouring refuse in gutters blocking water flows. It is written clearly “post no bill” but your sole aim is to dare authorities by defacing structures with floods of posters. Is your conscience on sabbatical leave?

Bribery and corruption I hail thee! Every project that passes through your office must suffer injury because of financial greed. The least amount you sell a government job is N700,000. First class degree holder in falsification of figures! Your motto is: anything for the boys? At the flash of a wad of naira notes, you keep mute in the face of injustice. Are you still thinking I’m referring to you?

Inequality and discrimination are no more seen as anomalies. Tribalism, nepotism, bigotry, and every other God forsaken attributes that connotes partiality have driven our nation backward by a zillion steps. The only reason he shouldn’t get the job is because you hate people from his state of origin not because he is not qualified. He took first position in the interview but he wasn’t called for the job because he is the son of a nobody. Your Royal Wickedness, I greet you Sir!

Mr Lecturer how is sales going? You have silenced the voice of academic excellence by trading marks for sex. Slay Queen have “kuku” decide not to read again because “bottom power” is now the determinant for high CGPA. Is this the same CGPA we read day and night for back in our school days? Make I no talk first. These days, we heard it is Oga Lecturer that decides who would graduate and who wouldn’t. Instead of engaging the constitution in dishing out punishment to erring students, you chose to play the “I will make sure you don’t graduate card.” See demi god o!

At the mention of the truth, most Nigerians get angry. Why are you in an angry mood? I want to believe it has nothing to do with what I just said or are you feeling guilty already. Hmm, when we begin to feel such persistent guilt over the things we have done, especially when no one saw us, it shows our conscience is not at peace with us. In cross points like this, do not be resentful, acknowledge your errors, put forth the right attitude, embrace restitution, and make adjustment where necessary. Remember, a working conscience is like a nonstop alarm clock, it rings again and again. Such is the power of the conscience!

Wow…this is so rich, I wish it was broken down to be published differently…thanks …but I like every bit of this#continentaleconomy #juliettwale

Let me start by thanking the author of this article for doing a good job.

Civic responsibility should be taken very seriously.citizens must obey laws as laws are made to solve problems. Not obeying traffic laws itself endangers the lives of the citizens. On discipline, I think estanct laws should be enforced , because leading or controlling human beings is such a difficult task without laws and enforcement..

On pollution,it’s also boils down to how both government and it’s people approaches this issue…. As a people we must ensure a conducive and safe environment for our own survival.

On corruption, any government that fails to bring corruption to it’s it minimum stands a risk of failing. It’s no doubt that corruption has become a bane to the Development of many nations across the globe. If corruption is left unchecked,then there’s already a big problem.

Finally let me say that a prosperous society stems from a society where merits prevails…a nation where equity,fairness and durable justice prevails will make progress faster than where it doesn’t work.

Wow!!! 👏👏👏👏. This is outstanding!
Lawlessness is the order of the day. People no longer get employed on merit, except “who knows who”. You will have to bring a letter from Senator, or sometimes pay a whole lot of money.
The truth remains “when you are doing the wrong thing, you know” without being told.
If you think hurting people is glorious, continue. It is a seed you are sowing. Seed time and harvest time shall never cease. You gonna reap it all sooner than you expect. Watch out!!!.