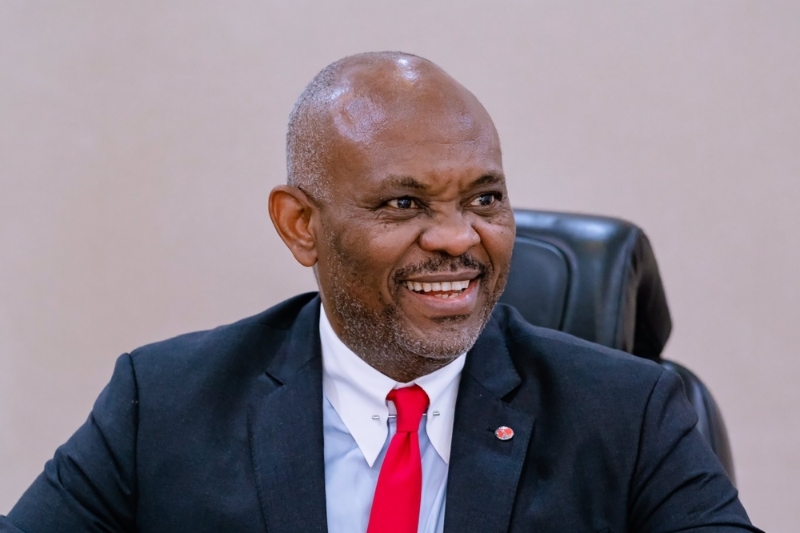 CEM REPORT | The founder of Tony Elumelu Foundation, Tony Elumelu has said so far, the Foundation has empowered over 16,000 young African entrepreneurs with non-refundable grants of $5,000 each to help them grow their own businesses; become entrepreneurs; address poverty and help propel the world to be a safer place and indeed a more peaceful world.

The former CEO of Unted Bank of Africa (UBA) is currently in the United States of America to solicit the administration of President Joe Biden, development partners and donor agencies’ support for the Foundation as there is much to be done.

Tony Elumelu said this in an interview he granted the Director, African Programme, Centre for Strategic and International Studies (CSIS), Mvemba Dizolele  and published by Thisday

“I am also here to see how we can engage in conversation with the US Government, the administration of President Joe Biden, development partners and donor agencies here. This is consistent with my mission to help expand what we are doing with the TEF in Africa, which focuses on empowering young African men and women.

“Today, the TEF has empowered over 16,000 young entrepreneurs, giving them non-refundable grants of $5,000 each to help them grow their own businesses; become entrepreneurs; address poverty and help propel the world to be a safer place and indeed a more peaceful world. We strongly believe poverty and economic hardship anywhere is a threat to all of us everywhere. I am here to tell the current administration that there are more ways of looking for peace in the 21st century across the globe. The TEF offers a new way”; Elumelu said.

Tony Elumelu Foundation was established in 2010 and was endowed with $100 million by the Elumelu family. It was set up to help identify and support 10,000 young Africans within the period of 10 years, 1,000 youths each year. 12 years down the lane, it has become obvious that truly, Africa has brilliant and energetic youth, that the future of Africa is in the hands of these youth and lastly, unfortunately, many of these youths operate in an environment void of government support.

The Foundation has come to realize that there is more work to be done than planned, more impact need to be made and there is beckoning need to continue empowering African Youth in a bid to salvage the continent from poverty and under development.

Tony Elumelu experience in the last batch spurred him to begin to reach out for more support. Today, the TEF is in partnership with the United Nations Development Programme (UNDP) and European Union (EU). In 2021, the EU supported the young Africans through the TEF with $25 million. However, it specified that it should go to female applicants only.

“With this difference, I told them, we are not giving hope. But we are discouraging people. Hence, I reached out through the TEF to other like-minded institutions that we had a situation here. In the 21st century, we believe, we need private sector involvement. We need entrepreneurship. Our young ones are interested. But we do not have the resources to meet their demands. So, what do we do? We reached out to like-minded institutions.

“For instance, the Japan International Cooperation Agency (JICA) supported 1,000. As I said, the EU committed $25 million to support about 3,000 of them. Also, the African Development Bank Group (AfDB) supported about 1,000. The International Committee of the Red Cross (ICRC) came in with a major positive development. With this initiative, they said, we can also avert a crisis by investing in the people more than helping to manage the effects of the crisis. Then, the UNDP came big time and supported thousands”; Elumelu said.

In all these, the US is yet to identify with the marvelous work the Tony Elumelu Foundation is doing among young Africans

“This is one of the reasons I am here to tell the US that ‘where are you? Stand to be counted. The world is moving.’

“At the end of my visit to the US, I hope, policy makers, administration executive officials and those who run development agencies should begin to think of how they too can play a role in supporting young African entrepreneurs”; Elumelu said.