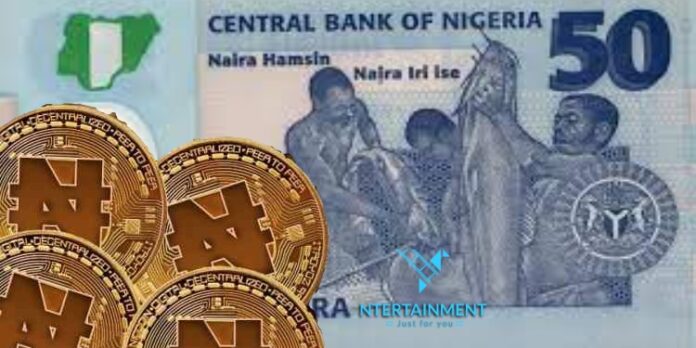 CEM REPORT | The Central Bank of Nigeria (CBN) with the intention to reach the grassroots with the eNaira, organized a sensitization and activation session with Oshodi market leaders.

At the event, CBN’s Lagos Branch Controller, Barry Toyor, said that the apex bank would protect users of the digital currency and ensure funds are secured in their wallets without worry, adding that transaction is received instantly, giving it an edge over other platforms.

According to him, Oshodi was ranked top for the partnership, owing to its centrality and diversity.

“meaning that we can reach other markets and individuals of different backgrounds across the country through this effort”.

He further urged traders develop interest and use the eNaira as it is a “reliable and secured” media for sending and receiving money, including cross-border financial transactions.

Also, CBN team leader, Yusuf Jelil, said the regulator has given financial technology (fintech) firms to explore the possibility of creating investment products around the digital currency (eNaira), which Nigerians could key into for wealth creation.

He however, said the regulator while it awaits the fintechs to come up with their initiatives the products would need be approved before they are launched.

He revealed that the app is awaiting an update that will enable users especially average Nigerians to transfer money from their bank accounts to wallets with the use of unstructured supplementary service data (USSD) which has earlier been revealed as of the grand plan to drive the adoption in rural communities and areas where poor Internet connectivity.

CBN team, market leaders and Bizi Mobile, a vendor to CBN on eNaira, Dr. Aminu Bizi, the Chief Executive of Bizi Mobile, discussed the modality of signing and enlisting traders as agents under the vendor scheme of the Central Bank of Nigeria Currency (CBDC) roll out programme.