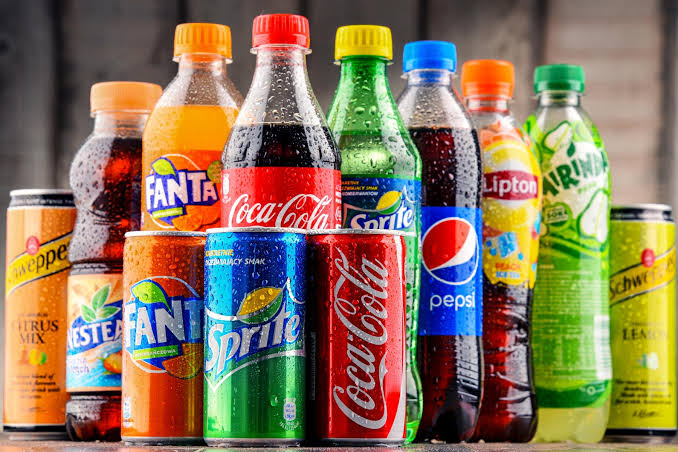 The bill grants the Nigeria Custom Service power to license and regulate the manufacturing of carbonated drinks and other beverages. Stipulating a N20 million fine for manufacturer without an Excise License, while the Carbonated drinks, vessels, utensils, or materials used or which can be used for manufacturing, in the person’s possession shall be subject to forfeiture.

The bill further criminalised manufacturing of  excusable tobacco and its substitutes without a valid tobacco manufacturer Excise License.

“any person who manufactures tobacco otherwise than under and in accordance with an Excise License commits an offence and liable on conviction to an imprisonment for a term of 5 years or to a fine of 20 million or both.

The bill which awaits concurrence from the Senate before being transmitted to the President for assent, the Nation reports that it grants the Service power to detain any aircraft or ship that fails to comply with laws that guides import and export of goods.

“an officer, if it appears to him that an aircraft is intended or likely to depart for a destination outside Nigeria from any place other than a Customs control zone otherwise than as permitted in writing by the Service before Customs clearance is given there from, may give such instructions and take such steps by way of detention of the aircraft or otherwise as appear to him necessary in order to prevent the departure.

“Any person who contravenes any instructions given under subsection (1) of this section shall be liable to a fine of N5 million or to imprisonment for three years, or to both; and if the aircraft flies in contravention of any such_ instruction’ or notwithstanding any steps taken to prevent the flight, the operator of the aircraft and the captain thereof shall, without prejudice to the liability of any other person under this subsection, each shall be similarly liable unless he proves that the flight took place without his consent or connivance.”

The bill further empowers the Service to regulate the loading and unloading of goods.

“Where goods are loaded into any ship, aircraft or vehicle for exportation or as stores are unloaded in Nigeria without a written authorization, the master of the ship, the captain of the aircraft, or any person In charge of the vehicle without authorization, shall upon conviction, be liable to a fine of N50 million or ten years imprisonment, and the goods shall be forfeited.”

More so, the new bill provides that a person involved in exporting any goods chargeable with duties which has not been paid or any prohibited goods, or involved in processing for export any such goods whose duty has not been paid is liable to a fine of N3 million or an imprisonment of two years or both.

The bill provides stiffened penalties for smuggling of goods or being in procession of smuggled goods.

“Any person who imports or causes to be imported any goods concealed in a container holding goods of a different description; or directly or indirectly imports or causes to be imported or entered any goods found, whether before or after delivery, not to correspond with the entry delivered on the goods; commits an offence and is liable on conviction, if the goods are chargeable with duty, Excise taxes or other taxes to imprisonment for a term of three years and to a fine of six times the true value of revenue lost and forfeiture of the item smuggled.”

It also introduces a fine of N20 million on persons found to have constructed or encouraged the construction of illegal routes and tunnel into and out of the country and another fine of N10 million on owners of land where such tunnels are constructed.

This introduction intends to deter smuggling and create revenue.

The bill also encourages the Nigeria Customs Service to cooperate with the Customs Administrations of countries that share borders with Nigeria to enhance revenue collection, compliance with international trade rules, prevention and suppression of smuggling, law enforcement and improved trade facilitation.

In doing so, they are to enter into a Memoranda of Understanding with cooperating Customs Administrations of borders countries setting out the respective responsibilities of the signatories to such memoranda.

The law mandates the Customs service to issue licenses for the operation of warehouses where goods are to be kept.

It further stipulates a penalty of N10 million for any warehouse keeper who, without the prior written approval of the Service makes any alteration to, or addition to, a warehouse, in addition to having the license revoked by the service.

It also stipulates a fine of N10 million for any warehouse keeper who allow his warehouse to used or uses his warehouse in contravention of the conditions of the License, while allowing a building to be used or permit it to be used to deposit goods for warehouse purposes without a valid license is liable to a fine off N20 million and an additional N1 million for every day the offence is committed.