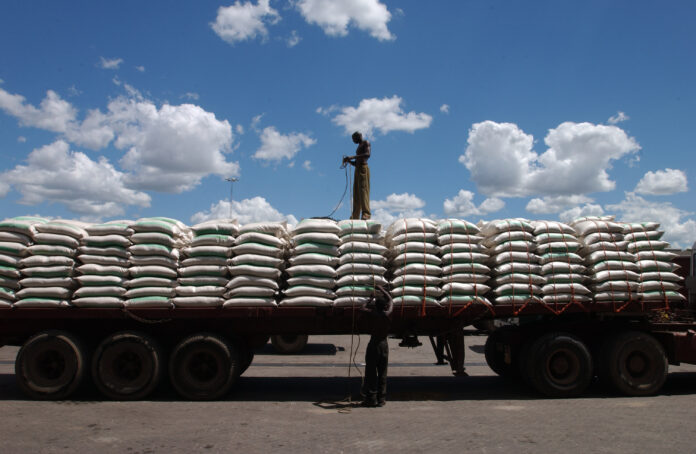 CEM REPORT | World food commodity prices increased significantly in March to reach their highest levels ever, as war between Russia and Ukraine spread shocks through markets for staple grains and vegetable oils, the Food and Agriculture Organization of the United Nations (FAO) reported.

The FAO Food Price Index tracks monthly changes in the international prices of a basket of commonly-traded food commodities. The latest level of the index was 33.6 percent higher than in March 2021.

The FAO Cereal Price Index was 17.1 percent higher in March than in February, driven by large rises in wheat and all coarse grain prices largely as a result of the war in Ukraine. The Russian Federation and Ukraine, combined, accounted for around 30 percent and 20 percent of global wheat and maize exports, respectively, over the past three years.

World wheat prices soared by 19.7 percent during the month, exacerbated by concerns over crop conditions in the United States of America. Meanwhile, maize prices posted a 19.1 percent month-on-month increase, hitting a record high along with those of barley and sorghum. Contrasting trends across the various origins and qualities kept the March value of FAO’s Rice Price Index little changed from February, and thus still 10 percent below its level of a year earlier.

The FAO Sugar Price Index rose 6.7 percent from February, reversing recent declines to reach a level more than 20 percent higher than in March 2021. Higher crude oil prices were a driving factor, along with currency appreciation of the Brazilian Real, while favorable production prospects in India prevented larger monthly price increases.

The FAO Dairy Price Index rose 2.6 percent and was 23.6 percent higher than in March 2021, as quotations for butter and milk powders rose steeply amid a surge in import demand for near and long-term deliveries, especially from Asian markets.

In separate cereal supply and demand estimates on Friday, the FAO cut its projection of world wheat production this year to 784 million tonnes, from 790 million in March, as it factored in the possibility that at least 20 per cent of Ukraine’s winter crop area would not be harvested.

The revised global wheat output estimate was nonetheless 1 per cent above the previous year’s level, it said.

The agency lowered its projection of global cereals trade in the 2021/22 marketing year as increased exports from Argentina, India, the European Union and the United States were expected to only offset some of the disruption to Black Sea exports.

FAO added that the projected world cereal stocks at the end of 2021/22 were revised up by 15 million tonnes to nearly 851 million tonnes, mainly because of expectations that export disruption will lead to bigger stockpiles in Ukraine and Russia.