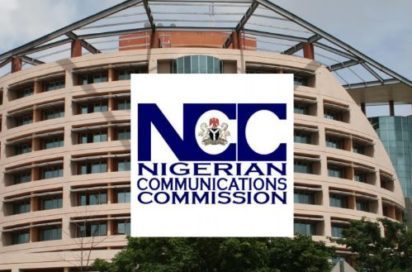 CEM REPORT | The Nigerian Communications Commission (NCC) has awarded fresh research grants and endowed professorial chairs in some Nigerian universities to the sum of N233 million, the commission announced in a press statement released Friday

According to the statement, N172.5 million was awarded to support 13 proposals found to have met the stipulated criteria in the advertised 2021 Request for Proposal (RfP) for Telecommunications-Based Research Innovations from Nigerian Tertiary Institutions (research grant) Programme, while N20 million each goes to 3 universities for endowments of professorial chair.

“After thorough evaluations, 13 proposals were found to have met the stipulated criteria. Indeed, this is a clear testimony to the objectivity and painstaking approach to the evaluation process aimed at ensuring that the best quality is achieved and only researches that could produce prototypes with the potential of providing solutions to both local and global challenges were selected,” Danbatta said as he congratulates the 13 successful research awardees.

“The endowment of professorial chairs in universities is one of Commission’s initiatives in supporting the academia to focus on research in Information and Communication Technology (ICT) in order to enhance the advancements of emerging technologies,” Danbatta stated, to underscore the purpose for instituting professorial chairs in tertiary institutions.

Implementation of the endowments of professorial chair and the Telecommunications-Based Research Innovations is through Memorandum of Understanding (MoU) signed between the Commission and each benefitting university.

Danbatta said that with the latest awards and endowments, the Commission has committed more than N660 million to Nigerian tertiary institutions for ICT-focused research innovations.

FG to Review Salary Structure to Alleviate Effect of Inflation