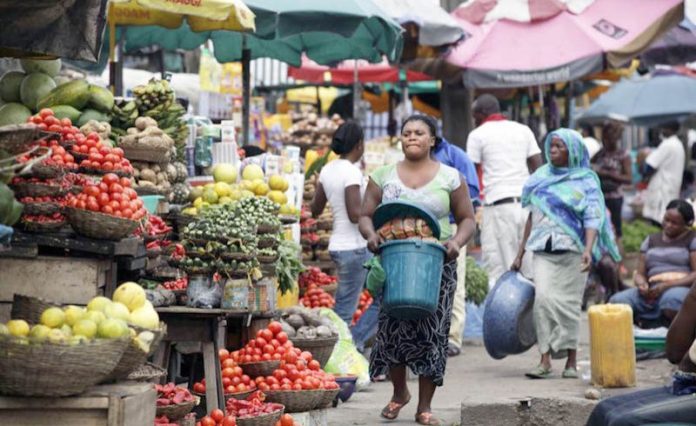 CEM Report, Lagos
The impact of COVID-19 is, expectedly, impacting on Nigerians so negatively with evidential outburst of rate of crime, street begging by able bodied individual and visible malnutrition in children.

The impact of COVID-19 as also confirmed by the NBS report, has been most strongly felt in the commerce, service, and agriculture sectors. This explain why the impact is so severe and widespread since the three mentioned industries are the major employer of Nigerians.

The NBS report of the COVID-19 National Longitudinal Phone Survey (COVID-19 NLPS), involving 1,950 households drawn from the General Household Survey Panel (GHSPanel) shows that 78% of respondents were worried about themselves or their family members becoming seriously ill from the coronavirus, while 92% saw the coronavirus as a threat to their household’s finances.

The report further stated that 42% of respondents who were working before were not currently working due to COVID-19, 79% have had their households’ total income decreased since mid-March.

More explicitly, up to 59% of households are not able to purchase staple foods like yam, rice and beans while 26% of households not being able to access medical treatment when they needed it during the same period

NBS reported that experience of economic shocks in the few months after the outbreak of coronavirus far exceeds shocks experienced between 2017 and 2019. The most widely reported shock experienced by households was an increase in prices of major food items faced by 85% of households since the outbreak compared to only 19% between January 2017 and January 2019. Many households have struggled to cope with these widespread shocks with 51% of all households resorting to reducing food consumption.

The recently released selected food price watch data for April 2020 by the NBS, reflected that prices of food items such as egg, rice, tomato and yam shut up significantly in April with price of 1kg of rice increasing by as much as 31.97% when compared to what it sold last year.

Based on current market report, a ‘paint-rubber’ of garri now sell for above N1,000.00, 50% increase from about N500 it sold before the outbreak of the pandemic

Experts have consistently called for robust injection into the economy targeting the commerce, service, and agriculture sectors to avoid major economic catastrophe

Private school teachers for instance did not collect April and May salary and are not sure of June as well. We are talking of almost 60% of pre-tertiary education teachers in Nigeria spread across nursery, primary and secondary schools