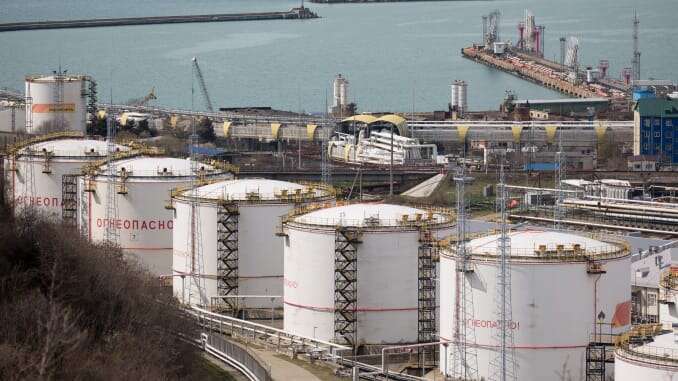 CEM Report, Lagos
Brent Crude jumped above the celebrated $40 mark Friday to trade between $41 and $42 per barrel (August Contract) upon jumping by above 8% over the $39.99pb it traded Thursday.

Crude oil market have continued to exhibit resilience in prices rebound despite responses to fringe disturbance.

Market watchers have continued to be enthusiastic backing on OPEC sensitivity to extend the current cuts beyond June.

As posted on Market Watch, Saudi Arabia and Russia had agreed on Wednesday to extend current OPEC+ supply cuts of 9.7 million barrels per day beyond June and extend to July, but negotiations toward an official deal had been stalled as the two countries point out that other OPEC+ members have failed to comply with their pledged cuts, according to The Wall Street Journal.

Just yesterday, OilX released report of increasing oil import by China which may be attributed to expanding product intake by refineries.

“May crude imports rebounded in May to 11.11mb/d, close to record highs, after a monthly increase of over 1.2 mb/d

“An increase of this magnitude is not in line with the typical seasonal pattern (Figure 3), and although part of the increase can be attributed to Chinese refining activity catching-up with the economic recovery, some of these flows were triggered by the arbitrage opportunity opened by favorable spreads between Shanghai’s International Energy Exchange (INE) crude future and its deliverable grades” OilX wrote.

In the opening remark at the 7th Technical Meeting of OPEC and non-OPEC Countries under the DoC by HE Mohammad Sanusi Barkindo, OPEC Secretary General, Thursday via videoconference, the Secretary General urged member countries not to be complacent.

“But we cannot be complacent. The recovery remains tentative, and continued rebalancing of shattered markets will continue to require both a strong recovery in demand and the determined implementation of pledges made under the DoC, as well as the market shut-ins”; Barkindo remarked.

There is therefore a hope that the mounted expectation will not be doused the OPEC+.

CENTRAL BANK OF NIGERIA COMMUNIQUÉ NO. 129 OF THE MONETARY POLICY...