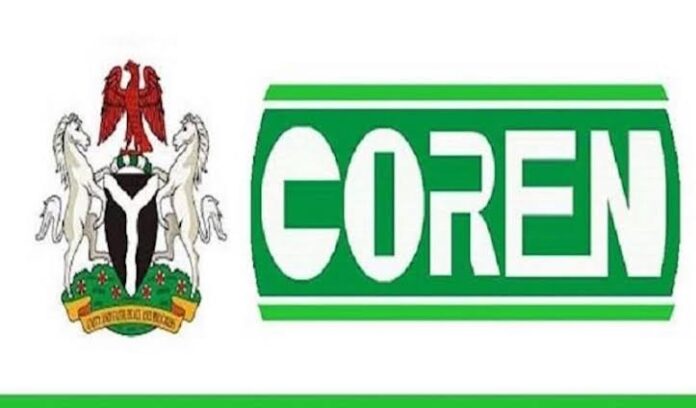 CEM REPORT, FINANCE| The Senate Committee on Works has reaffirmed its decision to remove the Council for the Regulation of Engineering in Nigeria (COREN) from the 2023 budget.

This is as the committee has directed COREN officials to produce evidence of remittance to the federation accounts among others.

Trouble started when the Registrar of COREN, Ademola Bello, was asked to defend how the 2022 budget allocation was utilised, as well as the achievements of COREN in the year under review.

Bello stated that COREN was given a sum of N2.4 billion for the 2022 fiscal year, explaining that a whooping sum of N1.2 billion was spent to organise its annual conference.

He further said that the personnel cost in the 2023 budget was increased by N200 million because COREN was planning to have its offices in 36 states of the federation in 2023.

When he was asked how much COREN remitted to the federation account, Bello said N45 million.

The lawmakers were not happy about the poor remittance, hence the Committee chairman, Senator Adamu Aleiro, vowed that the professional body would get zero allocation in the 2023 fiscal year.

A member of the committee, Senator George Sekibo, said there was no justification to continue to place COREN under the federal budget, as it could stand alone as a professional body like Nigeria Bar Association (NBA), Nigeria Medical Association (NMA), as well as other professional bodies.

”How can COREN spend about N1.2bn on annual conference and remit just N45m into the federation accounts? Government needs money to provide infrastructure to Nigerians. COREN should be made to stand as a professional body and stay out of money from the government.”

The chairman of the committee, therefore, suspended further consideration of COREN’s budget and directed COREN Registrar to provide evidence of remittance to the federation accounts.

Meanwhile, Thisday reports that a council member alleged that: “Some past and present leadership of the organisation travelled to Glasgow in July 2022 for a conference which gulped huge sums of money.

“The President of COREN and his family just returned from the USA. As I am writing this, the president the registrar and the immediate past president and the past that left office on March 15, 2019, are abroad now in Ethiopia to return this weekend.

“All these trips are funded with money from COREN. How can COREN make remittance to the  Federation Account?

“No remittance has been made to the Federation Account since the immediate past registrar left office on 15th of March 2022.

“No remittance has been made to the Federation Account since Prof. Joseph Odigure left office on the 15 of March 2022.

“The new registrar has no control and does not have any evidence of remittance to the Federation Account because COREN has not remitted any money.”