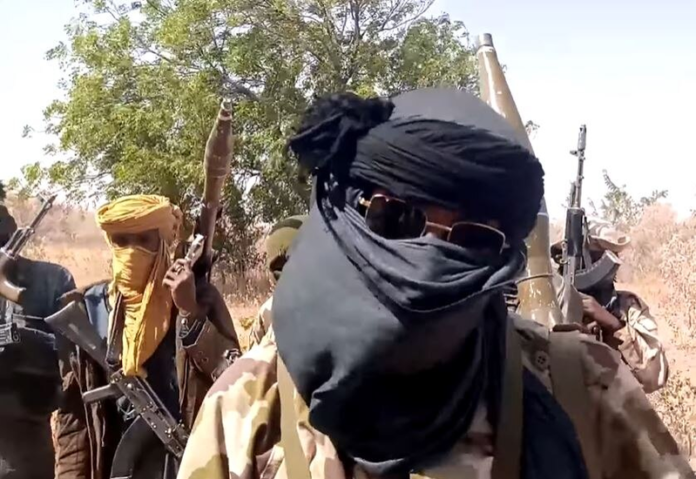 CEM REPORT, SECURITY | Following the refusal to pay N50 million ransome, bandits operating in the Mariga Local of Government Area of Niger State have demanded for farm produce and cows from communities to stop being attacked.

This is coming on the heels of an attack on a community in Lapai local government area of the State where 12 villagers were abducted.

Thisday reports that the bandits sent the demand notices to villagers in Gulbinboka, Dusai, Ben’s and Bangi last week just after the village head of Muhoro, Usman Abara and 14 of his subjects were killed when they refused to pay a N50 million ransom to the bandits to stop their being attacked.

The village head was said to have been killed when he refused to direct his subjects to contribute the N50 million ransom.

After he was murdered the bandits reportedly sacked the village, killing 14 people and abducting several others.

Terrified villages have started looking for new homes away from the village.

The State Police Commissioner, Monday Bala Kuryas, when contacted on the demand of the bandits said the command had not received such report as of time of filing this report.

He however was quick to add that the command “will not leave any stone unturned to fortify every part of the state” adding that men of the police tactical squad will be dispatched to the said communities.

A report from Lapai indicates that gunmen  attacked Angwan Yusif in Kpada ward of the local government area in the early hours of yesterday  kidnapping not less than 12 villagers.

The gunmen also rustled several cattle and dispossessed the villagers of their valuable items.

A community leader in the area, who preferred anonymity, told newsmen in Minna that the raid by the bandits have become a daily affair.

According to him, the bandits had set up not less than 10 camps in the Azza forests from where they launch their attacks.

He therefore, urged the government to come to the rescue of the villagers before things totally get out of hand.

Police Public Relations Officer DSP Wasiu Abiodun could not be reached for confirmation of the report.