CEM REPORT, GOVERNANCE | The Edo State Governor, Mr. Godwin Obaseki, has promised continued support for the judiciary, promising to partner with the judicial arm of government to deploy technology to facilitate justice administration in the state.

The governor said this when he declared open a two-day seminar on ‘technology and its impact on legal practice,’ held at the John Odigie-Oyegun Public Service Academy in Benin City, Edo State.

“We will continue to invest in the judiciary and I believe that our investment so far has been far reaching and is becoming well-entrenched, as can be seen in the ultra-modern work environment being provided for the speedy delivery of justice.”

He added, “From the refurbishing of the State High Court Complex, the Multi Court Complex, the National Industrial Court and the Magistrate Court as well as other infrastructure upgrades currently ongoing in the judiciary, we are ensuring that our judges work in comfortable, conducive standard courtrooms.”

“The Combination of forces between your Lordships and the services to be rendered by the trained court reporters will set Edo State Judiciary at the top of their games in terms of the deployment of technology to fast track the delivery of justice in Edo State.”

Describing the seminar as apt, the Governor said, “the import and impact is that the Edo State Judiciary will go digital starting from this legal year.”

He further stated, “This training aligns perfectly with the overall objectives of our government to place technology at the heart of our operations so that we can ensure seamless public service that is fast, reliable, responsive and efficient. We expect that at the end of the two-day training programme, your Lordships will deploy cutting-edge technology for research and preparation of judgement that enriches the Edo judicial system.

“I assure you that the Judiciary has our support in terms of professional development as well as improving their welfare and the condition of service of our judges. Considering other areas, we appeal to you to cooperate with us to enable us to transform the judiciary.”

“Our purpose in building the John Odegie-Oyegun Public Service Academy is to re-engineer a new crop of workers in Edo State and equip them with the contemporary skills required for optimum performance in the 21st century working environment,” the governor noted.

In his response, the Chief Judge of Edo State, Hon. Justice Joe Itsebaga Acha hailed the governor for his continued support to the judiciary. 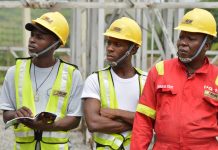 Intended Business Owners must be involved in their Business Plan