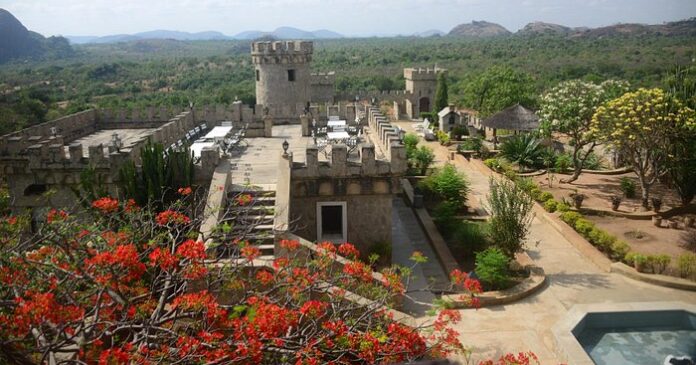 The Nigerian Tourism Industry is in bad shape following the global and domestic economic upheaval that have plagued the industry in the last three to four years.

This is the submission made by the President of the Association of Tourism Practitioners of Nigeria, Abdulahi Zakari, in a side interview with Continental Economic Magazine at an exhibition and business networking event on Saturday, 30th of July 2022.

The event tagged; ‘the money in your Network’, was organized by the Honorary Members of the Nigerian Air Force Officers Mess, Sam Ethnam Air Force Base Ikeja, Lagos.

Abdulahi Zakari Lamented what he called the double tragedy the industry has faced within the last four years. While gradually getting warmed up from the Covid lockdown which dented a blow on its activities, heightened insecurity in the country is severely limiting domestic tours and other activities.

He said; “I will say that we are in a bad shape, why? Because we are facing double tragedy. We just came out of covid lockdown which resulted to border closure across the globe. We have not finished settling down from that, we are now facing insecurity domestically.

“With closed borders internationally, foreign tours is hampered, and now we are not able to run domestic tours because of banditry, kidnapping and all sorts of criminal activities, we are really in a quagmire.”

Abdulahi Zakari spoke about the National Tourism Development Master Plan developed in 2005 by Tourism Development International under the auspices of United Nation World Tourism Organization (UNWTO) and launched in 2006 by the Obasanjo administration.

He lamenting the abandonment of the plan and neglect of the entire tourism industry by this administration.

“Unfortunately and as usual in Nigeria we have refused to implement that master plan for reasons best known to them. There are some voices in the industry that said they were not carried along. That’s a lie from the pit of hell, lots of tourism players were part of that master plan, if they did not carry you along does not mean that they did not carry the industry along.

The industry is too big for a few people to think that not consulting them, means the industry was not carried.

“What we have done over the years was to hand-pick specific portion of the plan to implement and that is why it has not worked. The developers of that plan has specifically advised that it has to be implemented chronologically. In other words, you cannot leave AB to go and implement C, so you have to start from a move to b to c and on the z

“What we did in the past was to go and take the Tourism Settlers Accounts (TSA) which involves spending money, it didn’t work. We went to pick the tourism development fund (TDF) which is part of the plan also, in the same way, it did not work. Since we did not follow it the way it should be followed, it is not working. So 95% of the plan still remain on the shelve

“As it is today that plan just need little amendments to confirm with the current realities and it will still work. I am of the opinion that we should go back to it to implement it.

Speaking on the prospects of the Tourism industry in the next 10 years, Abdulahi Zakari continued;

“The whole money spent in developing tourism in the state has gone down the drain, most facilities put in place have become dilapidated.

“This government has no clue, is not even interest in developing tourism. In fact, this government doesn’t even have tourism ministry, tourism is just a department under information and Culture.

“Therefore a prospect in the next 10 years depend on the incoming government whether they will be interested in tourism or not. None of them has released a concrete manifesto, so we can’t even project if tourism is part of the development plan for the next 10 years.”

The President strongly advocates for Ministry of tourism if the industry must a meaningful progress and measure up with other nations of Africa that are earning majorly from Tourism such as Kenya, Egypt, Morocco and others

He said; “We have been advocating for it for eight years now since the advent of this administration. Well, I don’t want to say we have pursued it the wrong way, but it has been a case of cat and dog between the Ministry of Information and culture and tourism stakeholders.

“I think if we had approached it more diplomatically, by advocacy and by politics maybe we would have achieved it. But will have been going at it from pages of newspaper what daga-drawn approach, that’s why it has not worked.

“We will not relent in advocating for it, we will continue to employ all measures including diplomatic (stick and carrot) approach until we get it.

“We will make voices to become even louder with incoming government as they embark on their campaign in September. We will be vehement in demanding for the Ministry of Tourism as it is in the world over.