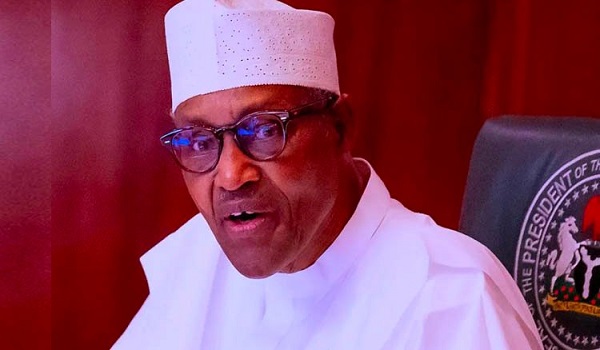 The body alleged that the sum is meant to provide regular electricity supply since 1999.

SERAP believes that the funds have been mismanaged or diverted into private account.

The suit which joins Abubakar Malami, SAN, Attorney General of the Federation and Minister of Justice as respondent was filled at the Federal High Court, Lagos.

The suit seeks “an order of mandamus to direct and compel President Buhari to investigate how over N11 trillion meant to provide regular electricity supply has been allegedly squandered by governments since 1999.”

Also SERAP seeks “an order of mandamus to compel President Buhari to ensure the prosecution of anyone suspected to be responsible for the missing electricity fund, as appropriate, and to ensure the tracing and full recovery of any missing public funds.”

SERAP stands on the ground that; “The African Commission on Human and Peoples’ Rights has adjudged the failure of the States to provide basic services such as electricity as violating the right to health.”

The organization adds that “Citizens are frustrated at persistent allegations of corruption in the sector, and the impacts on their human rights. Prosecuting perpetrators would address the grave travesty that has for many years occurred in the power sector.”

Furthermore, in the suit the organization states that corruption in the sector has led to exploitation of electricity consumers, and collapse of the electricity grid, adding that the Buhari administration has legal obligations to abolish all corrupt practices and abuse of power

“Impunity for corruption in the electricity sector will continue as long as high-ranking public officials go largely unpunished for their alleged crimes.

“The Buhari administration has legal obligations under Section 15(5) of the Nigerian Constitution to abolish all corrupt practices and abuse of power, and article 26 of the UN Convention against Corruption to ensure effective prosecution of allegations of corruption.”

“The details of the missing N11 trillion electricity funds are contained in a SERAP report titled: From Darkness to Darkness: How Nigerians are paying the Price for Corruption in the Electricity Sector.”

“According to the report, the total estimated financial loss to Nigeria from corruption in the electricity sector starting from the return to democracy in 1999 to date is over N11 trillion. This represents public funds, private equity and social investment (or divestments) in the power sector.”

“It is estimated that the loss may reach over N20 trillion in the next decade given the rate of Government investment and funding in the power sector amidst dwindling fortune and recurrent revenue shortfalls.”

However, no date has been fixed for the hearing of the suit.

Recall that national grid has reportedly collapsed at least three times in five months, and 130 times in seven years.

According to the World Bank, epileptic power supply costs businesses in Nigeria about $29 billion yearly.

Recall that SERAP earlier in March issued a warn to President Muhammadu Buhari to probe the corruption in the power sector.

External Reserve Falls to Lowest Since 2021

We were not consulted on the redesign of notes – Minister...