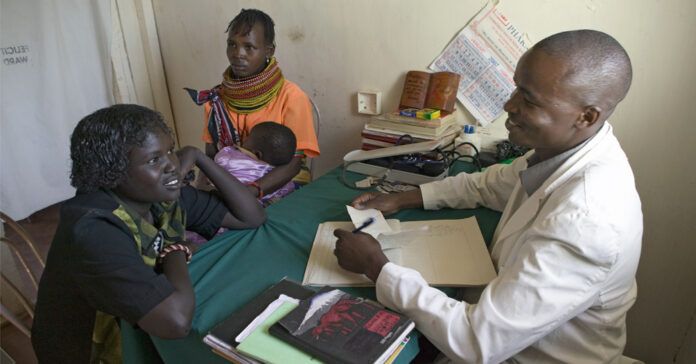 CEM REPORT | The Federal Government has deployed an initiative to make health care available to the vulnerable Nigeria in the country.

Funds to finance the free healthcare for the Vulnerable Group in Nigeria through the initiative would be sourced from telecommunication companies.

This is according to the National Health Insurance Authority Bill 2021 signed by the President Muhammadu Buhari in the past week.

The act includes a provision under Section 26 subsection 1c which states that the source of funding for the Vulnerable Group Fund includes telecommunications tax, not less than one kobo per second of GSM calls.

This implies that telecom companies will remit a tax increase equivalent of a minimum of one kobo per second for phone calls.

According to Taiwo Oyedele, The Fiscal Policy Partner and Africa Tax Leader at PricewaterhouseCoopers, said,

“The tax is one of the sources of money to the Vulnerable Group Fund to subsidise the provision of healthcare to the group defined to include children under five, pregnant women, the aged, physically and mentally challenged, and the indigent as may be defined from time to time.”

According to the act, the Vulnerable Group Fund is intended to subsidise the cost of provision of health care services for Nigerians who cannot pay for health insurance.

Recall that CEM reported recently that, telecom companies wrote to the Federal Government, through the Nigerian Communications Commission, on the conditions of the industry.

The operator under the aegis of the Association of Licensed Telecommunication Operators of Nigeria proposed a 40 per cent increase in the cost of calls, SMS, and data as a result of the rising cost of operating in the nation.

In an interview with a content creator Oga Israel, he said Nigerians already provide their own health care amongst other necessity adding that the federal government is only seeking to have and excuse to approve the telecoms operators request to increase tariff.

Naomi. A beauty consultant said the federal government should instead of taxing a body that will in turn tax its customers it should rather make these facilities affordable to every Nigerian.