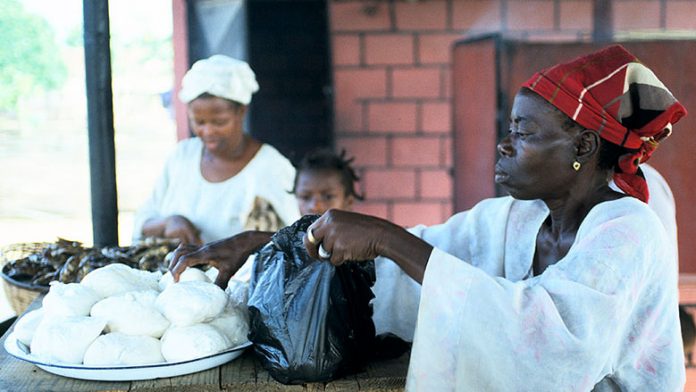 Total  household  expenditure  on  food  and  non-food  for  2019 at  the  national  level was N40.2 trillion as against N21.6 trillion in 2009/10 when the last survey was conducted. The National Bureau of Statistics revealed Friday in the Consumption Expenditure Pattern in Nigeria report

According to the Statistics Agency, Food consumed outside the home, followed by transportation costs and  starchy  roots,  tubers  and  plantains  were  responsible  for  the  largest  proportion  of  household expenditure  representing  a  combined  24.16  percent  of  total  household  expenditure  in  2019.

Household  expenditure  on  non-food  items  on  the  other  hand  were  directed  as aforementioned  mostly  at  transport,  health,  education  and  services  (which  includes  information technology and communication equipment as well as things like insurance, financial services and so on), rent  and  fuel  and  light,  accounting  for  a  combined  79.40%  of  non-food  expenditure.

Those in Urban area spent N19.1trillion while those in the rural area spent N21.09 trillion on consumption in 2019. This figures is an increment from N8.4 trillion and N9.36 trillion for urban and rural spending respectively in 2009/10