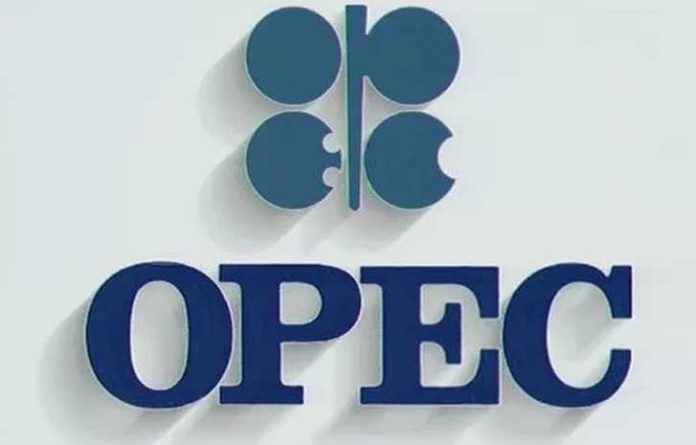 Robert Ipogah : Report
OPEC in its April edition of the monthly oil report has reviewed downward projected global oil demand and supply for 2020 to reflect the impact of the COVID-19 pandemic on global economy

The COVID-19 outbreak and its downward impact on transportation and industrial fuels in China was reflected in the country’s 1Q20 oil demand performance. The COVID-19 pandemic is now affecting oil demand growth in many other countries and regions across the globe, with an unprecedented impact on oil requirements, in particular transportation fuels.

The report stated that lockdowns in many areas, as governments seek to contain the spread of COVID-19 in the US, Europe, Other Asia, Middle East and other regions, are expected to substantially reduce distances travelled and thereby negatively affect gasoline demand growth in 2Q20.

Aviation fuel will also face serious demand challenges this year as airlines ground fleets in response to airport closures and significant reductions in flight operations. Industrial fuels will be impacted by a forecast global recession. Without exception, oil demand in all regions was revised lower as compared to the March MOMR to reflect these developments with most of the downward revisions appearing in 1H20.

2H20 was also revised lower from last month’s forecast, amid a projected sluggish recovery in product consumption, particularly transportation fuels, despite expected improving global economic momentum during the same period. Total global oil demand is now assumed at 92.82 mb/d, in 2020 with higher consumption expected in 2H20 than in 1H20.

In the OECD, oil demand was revised lower by 3.7 mb/d mainly due to the impact of COVID-19 in OECD Europe, OECD Asia Pacific and the extraordinary impact on gasoline requirements in the US. Most of the downward revisions are concentrated in 1H20. Additionally, some downward revisions are also assumed in 2H20 and reflect the slower expected pace of oil demand recovery as compared to the previous months’ assessment. The latter relate to challenges in various large economies of the world.

In the non-OECD, the oil demand projection for 2020 was adjusted sharply lower by 3.2 mb/d to reflect significant oil demand declines in all sub-regions with China and Other Asia affected the most. The onset of COVID-19 and its subsequent impact on transportation and industrial fuels is forecast to slow oil consumption by an unforeseen magnitude. Other countries in Other Asia, Middle East and Latin America have also been revised lower to reflect the reduced demand for industrial and transportation fuels.

On the supply side, Non-OPEC liquids production growth in 2019 (including processing gains) has been revised down by 0.01 mb/d from the previous assessment and is now estimated at 1.98 mb/d. This downward revision was mainly made to oil production data from Canada in 4Q19. The US, Brazil, Canada, Russia, China, Australia and the UK are estimated to have been the key drivers of growth in 2019, while Mexico and Norway have seen the largest declines.

Non-OPEC liquids production growth in 2020 (including processing gains) has been revised down by a considerable 3.26 mb/d from the previous assessment and is now forecast to decline by 1.50 mb/d in 2020.

The expected global economic recession due to COVID-19 and resulting demand shock are also forecast to cause considerable supply disruptions. Benchmark oil prices have plunged below the cost of production in  most fields across the globe, prompting companies to respond by cutting capital  expenditure. The expected decline in upstream investment will make this year’s capex volumes, estimated at about $450 billion, the lowest in 13 years. Before the COVID-19 pandemic, E&P capex was expected to remain flat y-o-y. The 2020 oil supply growth forecast for the US has been revised down by 1.05 mb/d, to now show a decline of 0.15 mb/d y-o-y. Additionally, the originally expected oil supply growth for the 10 non-OPEC participants in  the Declaration of Cooperation,  has been adjusted based on the recent  agreement.

Historically, price changes have impacted US oil output with an approximate six-month time lag, but this time, the impact is expected to be felt much faster. In 2020, growth in oil supply is so far only forecast for Norway, Brazil, Guyana and Australia.