Home Uncategorized The effect of COVID-19 on Global Leadership and the Way Forward –... 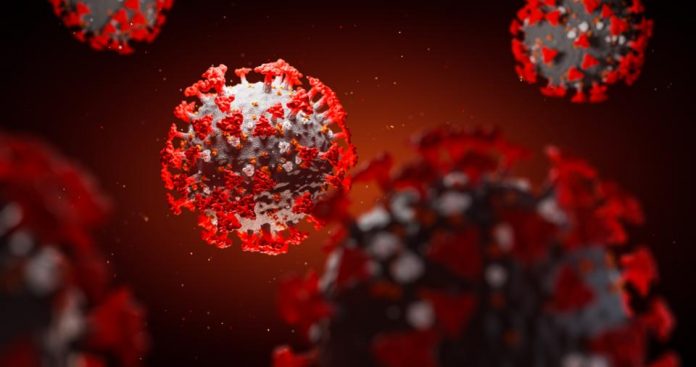 Global leadership is faced with a daunting challenge characterized with new dimensions and uncommon complexities that required wisdom, human capital, logistics, financial muscles and divine direction to manage, mitigate or solve. We are in new times and unchartered territories. A common known behavioral approach to change is, “Is it for good or detrimental?” This abrupt and dramatic change in human history has brought one of the unprecedented pain, fear, uncertainty and loss to humanity. It is simply volatile and deadly. It does not only defeat established structures, ethics and norms in economics, finance, business, politics, education, but also ancient kingdoms and holy grounds such as, the Vatican, Mecca and Buckingham Palace.

The Covid-19 has altered prayer traditions in Mecca just as it left the Pope praying alone in a prayer arena that should host thousands of congregants in worship. The virus has defeated philosophical and ideological precepts. We live in a moment where philosophies of socialism, multiparty democracy, capitalism and communism are faced with a common enemy; no Muslim nor Jew; Christian nor Buddhist; Traditionalist or Atheist; there is no First, Second nor Third World. They are all seen by this one enemy as equal and if care is not taken, global peace would elude us. While territorial integrity and supremacy, is reinforced, regionalism and trade blocks are getting more depleted. It has therefore become imperative for global leadership to be redesigned in a “speed-light – strategy”, on how to negate the power of darkness in this dark moment of the 21st century.

It wasn’t too long ago when Nigeria had to block its borders from the neighboring ECOWAS members based on tight economic reasons. Brexit was a frontline issue across the globe. Catalonia and Ambazonia remain complex geopolitical cases on global leadership. Where should we go from here? The turmoil in some parts the Middle East, ISIS, BokoHaram and America-China trade war are issues of global concern.

Before the outbreak of COVID 19, citizens of Asia had experienced in the 21st century, two main epidemics of the same family. The World Economic Forum stated on their website that, the SARS outbreak in 2003 that infected about 8,000 people and killed 774, costing the global economy an estimated US$50 billion, and the South Korean MERS of 2015 that infected 200 people and killed 38, while the world lost an estimated US$8.5 billion.

COVID 19 has far superseded the damages of its predecessors and medical experts forecast that, the worse is still to come. About 199 nations are affected so far with impact that cuts across a broad spectrum of life’s activities including health, social, and academics, religious, political, trade and other business sectors. The entire hospitality value-chain; especially aviation and hotel industries are broken. The insidious and treacherous tinny little monster is navigating its way in every nook and cranny of our societies, splitting families, disorganizing communities, running down governments, distorting the global status quo, altering life styles and distancing humanity from what we have built for ages as cultures and traditions. Even nations that do not have the virus yet are facing the economic and sociopolitical brunt in similar tones as victims. The virus undoubtedly will be classified as one of the biggest threats of the 21st century. Indubitably, the foundation of human existence like never before is shaken and I can’t agree less with the UN Secretary General, António Guterres who describes the virus as a threat to all of humanity.

Although the 1918 influenza pandemic (H1N1 virus) killed more than 50 million people worldwide and considered the most deadly pandemic of all times. According to Centers for Disease Control and Prevention (CDC), the virus was caused by H1N1 genes of avian origin and infected almost 500 million or one-third of the world’s population. This is the very first time in our modern history in the 21st century, where more than 5 billion people would be lockdown for weeks or months, voluntarily or by force, due to a pandemic. Unlike the Novel Corona Virus, the unique feature of the 1918H1N1 was, the mortality was high in people younger than 5years old, 20-40 years old and 65years and older according to CDC. It further stated ‘’the properties that made it so devastating were not well understood and control efforts worldwide were limited to non-pharmaceutical interventions such as isolation, quarantine, good personal hygiene, use of disinfectants and limitations of public gathering which were applied unevenly”. This exposé called for worry in how we manage the covid19 virus and its potential horrendous effect on humanity if not arrested in time. Juxtaposing the devastating impact of the 1918 H1N1pandemic to the current situation, massive investments should be made in fighting this unseen enemy.

The rapid devastating effect of COVID-19 cannot be overemphasized. It has forced India to shutdown activities in the nation for about three weeks, keeping hostage, 1.2 billion people in their homes, while the United States senates have just passed a two trillion stimulus bill – the first of its kind in their history, and the UN calls for $2.5 trillion COVID-19 support package for developing countries. These all are daring efforts to mitigate the spread of the Corona Virus.

Nations have placed travel bans and internal activities such as religious gatherings, schools, social gathering, funerals, are all frozen. The Government of South Africa, Nigeria, Ghana and Togo have called for a lockdown in affected areas of their nations and other nations in Africa are expected to do same in coming days if the situation continues. Even more seriously, our customary shaking of hands that emphasis our bond of affection as humans has been forcefully frozen by the crisis. Every now and then, people are forced to rub their hands with sanitizers and, the wearing of face mask is rapidly becoming a social norm-an emerging industry that will not sustain humanity economically.

In the sports arena, global sport championships and sports organization have abruptly halted their activities and meetings. The XXXII Winter Olympic tournament that had been scheduled for Japan this year, and was to bring together about 11,091 athletes from 205 nations, has been postponed to 2021, due to the depredations of the Novel Corona Virus. FIFA would not carry out its activities for its football championship for this year either, except an antivirus is discovered and distributed all across the world soonest. Scientists, Medical researchers, doctors, herbalists, sorcerers and men of God are all awestricken by the ravages of the tiny invisible killer and yet, there is no weapon lethal enough to eliminate it in the nearest future. World medical scientists only hope to produce a vaccine within the next 18 months whereas; the virus has infected more than a million and killed almost 80,000 around the globe in just three months, with registered deaths exceeding 900 in 24 hours; in Italy, on the 27th of March 2020, and more than 800 deaths in Spain, the next day. The United States of America has started recording over 1000 deaths in a day, with New York as the epicenter. As David French notes “we losing American more than 9/11 every three days .

That death toll accompanies an emerging economic down turns that are leaving few American unscaffed.” In my opinion, although the Kosovo war of 1998-1999 and Rwandan genocide of 1994 are cases that history will never want to experience again, COVID-19,if not curbed and deescalated soon, would eventually have grave and irreparable effects on humanity and the world at large , and remain a scar on global leadership . We may be forced to call it, the first biological warfare of the 21st century after the collapsed of the bipolar world.

The microscopic killer is no respecter of persons’ creeds, nationality, culture or ethnicity. It cares not of social status and does not give a hoot on race: Whites, Yellows, Reds, Hispanic and Blacks, Rich or Poor alike are all vulnerable to it. It reaches out and could kill the celebrity, the royal and the politician; the religious, the powerful and meek, just as it would do with the underdogs. Few days ago, the Prime Minister of UK, Boris Johnson was infected with the virus and became hospitalized; just a week after Prince Charles, the heir to the British throne was diagnosed to be positive.

Humanity must face this enemy in a united front with intensity equivalent to its ravaging potency. Global leadership stands at the crossroads between the old method of handling global crisis and a paradigm shift. In the past, we were limited in approaches due to gross injustices, corruption, discrimination, inequality and disunity that ended up transmuting solvable problems to becoming existential. A better way out is to embrace at this point in time, a paradigm shift in diplomacy, politics, business, religion, faith, culture and human relations; strategies that would be the opposite of the vices mentioned above. It would help combat this virus permanently, and usher in an age of interdependence, mutual prosperity, universally shared values and sustainable peace as has been advocated by many peace lovers for ages. This is the moment that would redefine the nature of humanity and mark what history would use as a measuring rod to judge the people of this age. We shall be umpired based on the holistic measures we’ll take today, to secure the future. This work reminds us of the origin of the virus and outlines the short and long term impacts it will have on global economy and, the socio-political sectors. It provides some recommendations and perspectives as a way forward; to mitigate the crisis sustainablu

For the full impact discussion and recommendation, download the pdf document 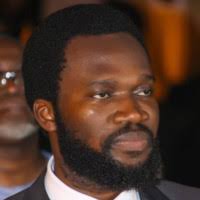 Donald is a Certified Professional Trainer, leadership and management Consultant, Certified Programme Planner, the President of Direct Leadership Institute and the CEO, International Association for People and Performance Development,IAPPD in charge of Africa(48 Countries) in exception of the MENA Region . He is the lead Consultant and Facilitator for UniBank Ghana Ltd Banking School in Leadership and Management Master Class and Executive Management Development (Series) Program for Senior Managers and Supervisors since 2012 (click here for the full profile)