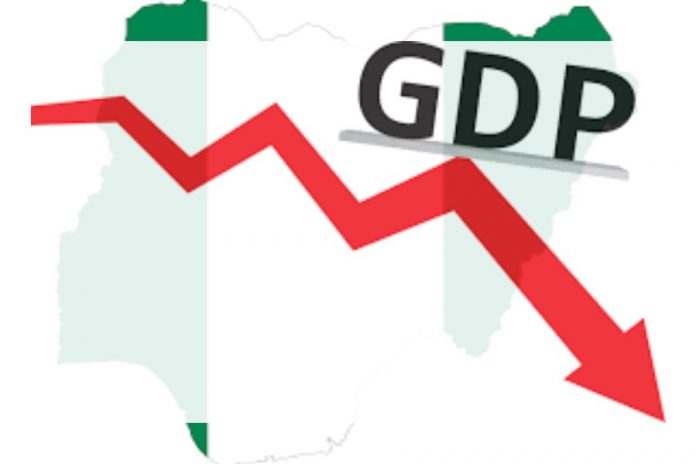 T he Nigerian Gross Domestic Product growth have experienced further decline by -0.16 percent from the first quarter growth. This is according to the report released by the National Bureau of Statistics on Tuesday.

The NBS averred that the performance observed in Q2 2019 follows an equally strong first quarter performance, and was likely aided by stability in oil output as well as the successful political transition.

Overall, a total of 15 activities grew faster in Q2 2019 relative to last year, while 13 activities had higher growth rates relative to the preceding quarter.

The sector contributed 8.82% to total real GDP in Q2 2019, up from levels recorded in the corresponding period of 2018 but down compared to the preceding quarter,

In our outlook for the remaining quarters of 2019, we expressed uncertainty regarding growth of the nations GDP. We sited a mix of factors that pointed to possible continuous slow growth. This factors include late passage and possible poor performance of the budget being occasioned by crude oil price crawling in the international market. Fiscal spending have been restrictive following pre election, elections and the long wait for the Federal Cabinet. This created a probable uncertainty within the real sector.

This Week in the Aviation Sector