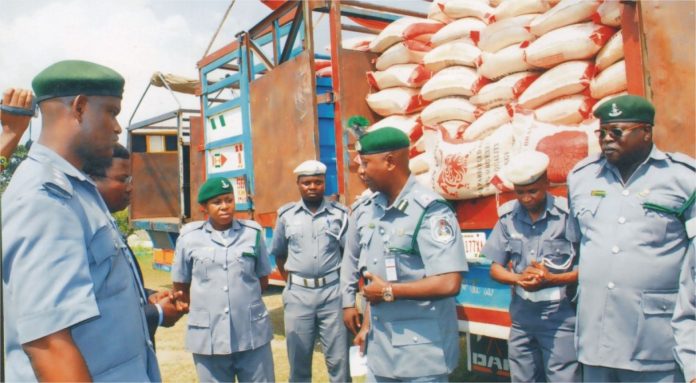 CEM REPORT, FINANCE |  The Apapa Command of the Nigeria Custom Service (NCS) generated over N1.022 trillion from Apapa port and seized 157 containers of tramadol and other illicit drugs worth N14.4 billion in 2022.

According to the Custom Area Controller of the Command, Malanta Ibrahim Yusuf the revenue collected by the command was 16.07 percent higher than the N870,388 billion collected in 2021.

He added that the command also arrested about 60 suspects in connection with various contraband during the year under review.

“From the second quarter of 2022, the industry experienced a backdrop in trade, occasioned by fluctuation in the exchange rate and a sharp drop in the purchasing power by the consumers which made trade unpredictable.

“However, with all these setbacks in the clearance value chain, the Apapa Command was able to collect revenue to the tune of N1.022 trillion as revenue for the year 2022.

“The feat was made possible because of the resilience of the command’s officers and men in blocking revenue leakages and ensuring that all unpaid declarations and unutilized PAARs were traced and accounted into the Federal Government coffers.”

On export trade, in line with the Federal Government diversification of the economy in non-oil export, Yusuf said the command recorded a total of $68.5 million Free on board (FOB) value with a naira equivalent of N28.2 billion of non-oil commodities with a total tonnage of 6.4 million Metric tonnes exported through Apapa port.

Additional, the Apapa Customs Area Controller hinted that the command has intensified its anti-smuggling operations through leveraging on its technological infrastructure to ensure that illicit trade, which poses threat to the national security and well-being of the society are being detected and controlled from finding their way to society.

“The Command has strived to move beyond its potential to ensure synergy and collaboration with other stakeholders in the port to address the menace of illicit importation. In the year under review, a total number of 157 containers with a duty paid value (DPV) of N14.4 billion were seized, as against 102 containers with DPV of N31.8 billion seized in the year 2021.