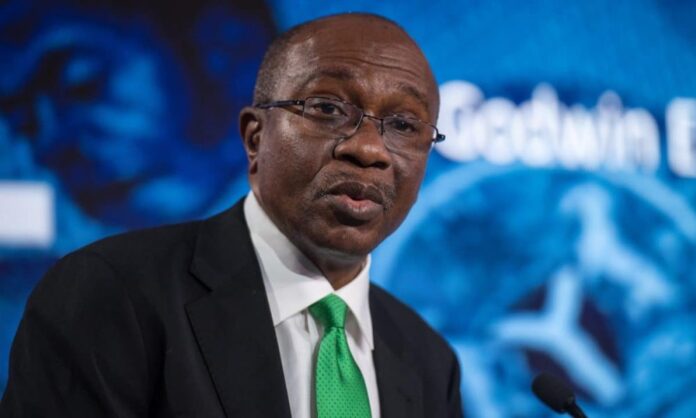 CEM REPORT, LEGAL | An application to arrest and detain the Governor of the Central Bank of Nigeria (CBN), Godwin Emefiele, over allegations bothering on “acts of financing terrorism, fraudulent activities and economic crimes of national security dimension ” has been denied by a Federal High Court sitting in Abuja.

Justice J.T. Tsoho, who declined to grant the ex parte motion which sought to arrest Emefiele, was reported to have said that the Department of State Services (DSS) did not provide any concrete evidence to substantiate its claims that Emefiele was involved in terrorism financing and economic crimes.

‘’In the light of the foregoing reasons, I decline to grant this application ex parte. If the applicant believes that the evidence available to it so far is sufficient, then it can as well arrest and detain the applicant, even without the order of the court. If however, the applicant desires to still pursue this application, then it should place the respondent on notice considering the sensitive public office that he occupies” Punch reports.

Report has it that the judge was uncomfortable with the fact that the application by the DSS to arrest the CBN Governor was not accompanied by presidential approval despite the sensitive nature of the matter and its grave implications for the Nigerian economy.

Reacting to recent protest against the suit the DSS warned Nigerians against being used as instruments of destabilization, saying that the service will not be distracted by those seeking to use “propaganda” to undermine its lawful investigations.

In a statement by its spokesman, Peter Afunanya, the service warned those on a wild goose chase to be mindful of their actions. Similarly, it urges members of the public to disregard the vituperations and rantings of misguided elements and not allow themselves to be used as instruments of destabilization.

‘’As such, the Service will continue to disseminate actionable intelligence to the relevant authorities devoid of any sentiment

“While professionally discharging its mandate, the DSS pledges to also not give room to the use of falsehood and deceit to misdirect public understanding and perceptions of issues of national importance.

“It will also not give room to the use of falsehood and deceit to misdirect public understanding and perceptions of issues of national importance.

Recall that a suit with reference number FHC/Abj/CS/2255/2022, which had the Department of State Services as the applicant was filed against Governor of the Central Bank of Nigeria (CBN), Godwin

There had been reports of a huge protest of people numbering over 200 who stormed a Federal High Court in Abuja following a reported suit secretly filed by the DSS, accusing the CBN Governor, Godwin Emefiele, of terrorism financing and other crimes.

The group of civil society organizations had raised alarm over an alleged plot to frame Emefiele for terrorism and remove him from office.