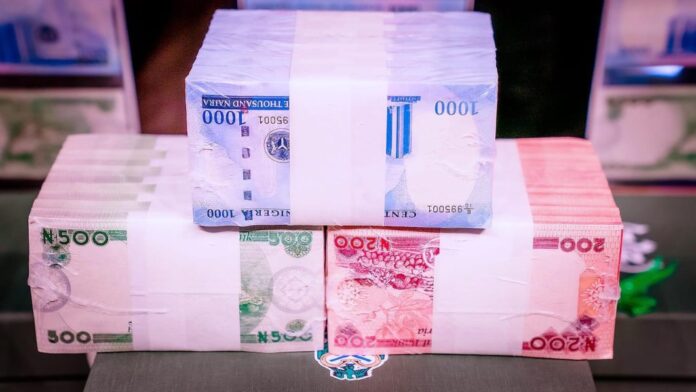 CEM REPORT, FINANCE | The Central Bank of Nigeria (CBN) is expected, today, to commence the distribution of the new naira notes to its branches nationwide.

This is according to apex bank’s Director of Currency Operations, Bello Umar, in Abuja, on Wednesday during the Post-Monetary Policy Committee press briefing.

He further stated that the CBN had opened its branches to accept bank deposits and that business hours had been extended to include Saturday.

CEM earlier reported that the Central Bank announced its plan to redesign all major naira notes in October and gave December 15, 2022, as the date to start circulating the new notes to the public while noting that the only old notes will cease to be legal tender by January 31st, 2023.

The new notes were launched by President Muhammadu Buhari yesterday at the Federal Executive Council chambers.

Umar also mentioned that the apex bank was concerned that the anticipated rush to deposit old notes had not yet occurred.

According to him, as of last Friday, only N165 billion had been deposited by banks to the  CBN adding that some banks have not deposited at all.

Out of the N3.2 trillion in circulation, the CBN anticipates collecting about N2.7 trillion held outside the banking system under the policy.

“When we designed this policy, there was about N2.7 trillion outside the banking system, out of the N3.2 trillion in circulation.  As of Friday last week, 18th November, the total deposit that we have received from the banks, was the sum of N165 billion. Which is still small.

“We are not seeing the rush. Some banks have not even made any deposits and some of them are banks with large customer base. In fact, the Director, of Banking Supervision had to bring it to the notice of the Inter-Agency Committee, yesterday.

“It is a problem for us and we are hoping that it does not result in a stampede when we are getting close to the end of January.”

There is no reason for anyone to be afraid to deposit money into their accounts, he continued, adding that the apex bank has also waived fees and removed all caps on the amount of money a customer may deposit in his account.

He warned that the January 31, 2023 deadline was sacred and that members of the public should return the three denominations (N200, N500, and N1,000) before that date because all monies held in those denominations would cease to be legal tender after that date.

Mr. Osita Nwanisobi, Director of Corporate Communications, assured that exchange centres would be established for rural, unbanked members of the public. 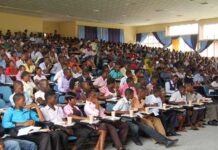