Home Economy Buhari Flags Off Oil Drilling in the North 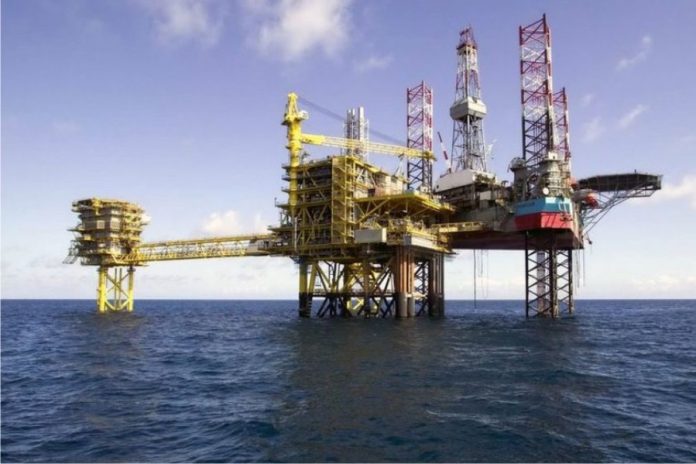 The facility which holds over 1 billion barrels of oil reserves and 500 billion Cubic Feet of Gas was flagged off yesterday by the President.

The facility which is straddled between Gombe and Bauchi kicks off oil drilling in the Northern-Eastern part of the country.

An excited Buhari at the event noted that at a time when investment towards fossil energy was dyeing out his administration was able to attract high investment into the sector.

“It is therefore to the credit of this administration that at a time when there is near zero appetite for investment in fossil energy, coupled with the location challenges, we are able to attract investment of over USD 3 billion to this project.”

Buhari noted that the feat was significant considering that efforts to find commercial oil and gas outside the established Niger Delta Basin remained abortive despite many years of trials.

Furthermore, he explained that the successful discovery of the Kolmani oil and gas field by NNPC and her partners has finally broken the jinx by the confirmation of huge commercial deposits of hydrocarbons in the Kolmani River field

The president noted that the discovery of the oilfields emanated from his administration’s charge to the NNPC to   and expand its oil and gas exploration footprints to the frontier basins of Anambra, Dahomey, Sokoto, Benue trough, Chad, and Bida Basins. Similar activities across the other basins, he pointed out, are currently actively ongoing.

He, therefore added that “we are pleased with the current discovery of over 1 billion barrels of oil reserves and 500 billion Cubic Feet of Gas within the Kolmani area and the huge potentials for more deposits as we intensify exploration efforts.”

On utilising the Komani field, Buhari said: “As a fully integrated in-situ development project comprising upstream production, oil refining, power generation, and fertilizer, the project promises many benefits for the nation. This includes but is not limited to Energy Security, Financial Security, Food security as well as overall socio-economic development for the country.”

He explained that the project would be a reference subject for favourable discussion in the industry as Nigeria pursues a just energy transition programme that would culminate in the country achieving a net-zero position by the year 2060.

He urged the Nigerian National Petroleum Company Limited (NNPCL), the New Nigeria Development Company Limited (NNDC), and their strategic partners to ensure that all lessons learnt from years of experience as an oil-producing nation are utilised to ensure harmonious relationships with the local communities.

Furthermore, President Buhari also said the governors of Bauchi and Gombe States have given assurances of their unwavering commitment and willingness to ensure support and cooperation in these localities as this activity affects the local populations.

The Kolmani Integrated Development Project of Oil Prospecting Licenses (OPLs) 809 and 810 at the Kolmani field site,  straddles Bauchi and Gombe States and is a novel partnership that will see the trio of Africa Oilfield Movers Ltd consortium, New Nigeria Development Company (NNDC) and NNPC E&P Ltd (formerly NPDC) producing and monetizing the field.

In addition, AOML Consortium signed a strategic partnership with the contractors to provide funding and technical capabilities for the integrated oil and gas development project and to be compensated from the contractor’s profit oil after the commencement of operations.

There is also provision for an in-situ integrated development plan, which guarantees evacuation and monetisation route for the hydrocarbon in the location, thereby eliminating the high cost and burden of building a crude and product pipelines.

Reports say that the first phase of the integrated development project would entail an oil refinery of up to 120,000 barrels per day capacity, a gas processing plant of up to 500 million standard cubic feet per day, a power plant of up to 300-megawatt capacity, and a fertiliser plant of 2,500 tons per day.

In another phase of the project, there would be a downstream oil terminal/depot for offtake and distribution of the white products coming out of the refinery and further development of the integrated project.

The journey to the epoch-making occasion commenced in the 1990s when Oil Prospecting Licenses (OPLs) 809 and 810 were initially awarded to Shell and Chevron respectively as part of their frontier obligation under the Production Sharing Contractual (PSC) Agreement on Oil Mining Licenses (OMLs) 118 and 132 for consolidated cost recovery.

The companies explored the acreages and drilled a well each in their respective blocks. Kolmani River-1 was drilled on OPL 809 by Shell and Nasara-1 was drilled by Chevron on OPL 810 as part of their minimum work programme obligation. But both companies reported the discovery of hydrocarbon in their blocks.

Beyond the sub-commercial discoveries, the landlocked location of the blocks made it impossible for the export of any oil finds, hence the two oil giants returned the blocks to the regulator’s basket.

Nigerians to Pay More On Carbonated Drinks from July