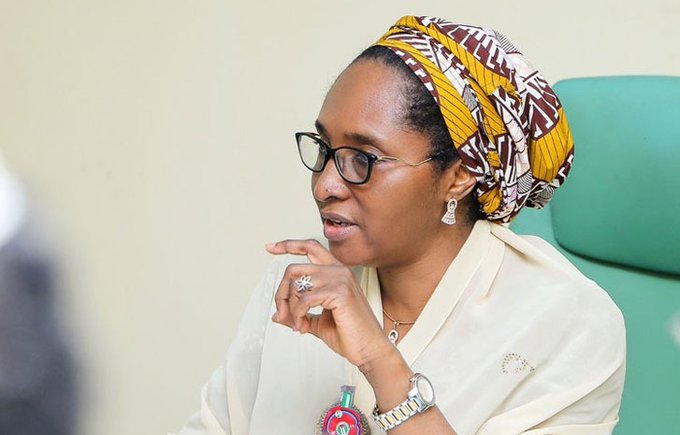 CEM REPORT, FINANCE | Minister of Finance, Zainab Ahmed, has been summoned by the Senate to explain an allocation of N206 billion inserted into the 2023 budget.

The Senate committee on Special Duties resolved to summon the Minister during the budget defence session of the Humanitarian Affairs ministry on Monday.

The Minister of Humanitarian Affairs, Sadiya Farouq, failed to explain to the Senate the details of the allocated sum of N206 billion found in the ministry’s 2023 budget.

Farouq told the panel that she did not know how the N206 billion was inserted into her ministry’s 2023 budget by the ministry of finance.

She explained that her ministry, in 2022 requested funds for some projects for the North East Development Commission (NEDC) and the National Social Safety Net Project – which was not released. She said she was surprised that ten times the requested fund was now allocated in the 2023 budget.

“Yes we made mention of the projects for 2022 which was not released and part of it was part for the NEDC,” she told the panel.

“The money was not released and now we have seen it recurring by almost 10 folds, we are also going to clarify from the Ministry of Finance to know why this increase despite the fact that the previous year, the money was not even released for the project.

“So we will get the details and then send them to you on that.”

Hence the Chairman of the Committee, Yusuf Yusuf, thereafter, moved a motion to summon the finance minister to explain the N206 billion inserted in the budget, also to present details and plans for the allocation made despite the country’s dwindling revenue and struggling economy.

The Senate, through its committee on Special Duties, asked that Ms Ahmed appear before it with details and plans for the allocation made despite the country’s dwindling revenue and struggling economy.

“Now that the minister has said that she is not in charge of negotiation with the World Bank and of course she is not, the minister of finance must appear before us and explain what the huge amount is meant for.”

Earlier a member of the panel, Elisha Abbo, observed that the committee had to summon Ahmed days ago when the lawmakers considered the budget of the ministry of health and primary health care.

“We observed N301 billion was inserted in the budget of 2023 which will be funded through multilateral and bilateral loans. We asked the minister to give us the details of the activities and projects that will be implemented with this money and he said he wasn’t the one but that it was the Ministry of Finance.”

He complained that similar issues have come up with the Humanitarian ministry. He wondered if the N206 billion was captured in MTEF.

“We cannot continue to borrow money and plunge this country into debt for our children to come and pay without investing in what they will see.”

No date was given for Ahmed to appear before the committee.