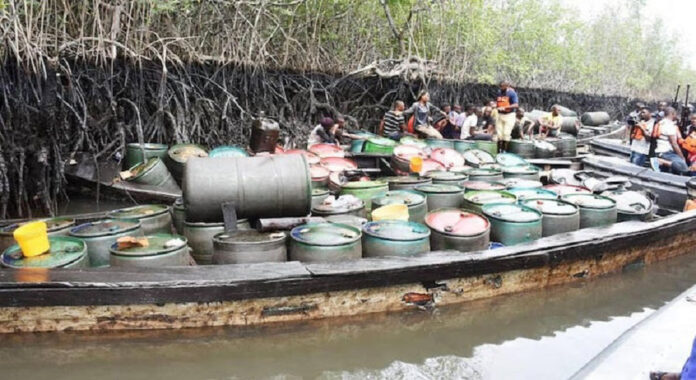 This is as the company also alleged that crude oil thieves employ technology to ensure efficiency.

According to the group Managing Director and Chief Executive Officer, NNPCL, Mele Kyari, collaborative efforts have made it possible for the thieves to lay pipes that cannot be seen.

“When you introduce technology into stealing, and this is precisely what they did, and when there is a collaboration of people who should not be part of those activities, you can lay pipelines and no one will see it.

“You can do it at night if you have the ability, and ultimately this is what we think happened. You can lay pipelines for the wrong reasons to assets that may have been abandoned or even active, assets which are not meant for such purposes. That means you will see end-to-end collaboration either by people who are around those assets, people operating the assets, people supposed to provide security for these assets, and so on.

“And you can eliminate anything. When you find collaborators in the system, then you can get anything done. We didn’t know because the extent of collaboration is unknown to us, and essentially what this intervention process brought to the table is that knowledge that we didn’t know before.”

CEM had earlier reported that NNPCL said it had uncovered an illegal 4-kilometre pipeline connected from Forcados Terminal and operated for 9 years with about 600,000 barrels per day of oil lost in the same period.

Similarly, a former militant leader, Government Ekpemepulo, popularly known as Tompolo, said about 58 illegal oil points have been discovered so far since the operation to end oil theft on the waterways of Delta and Bayelsa states began.

FG Pledges Support for MSMEs, Promises Inclusion in the 2022 Finance...