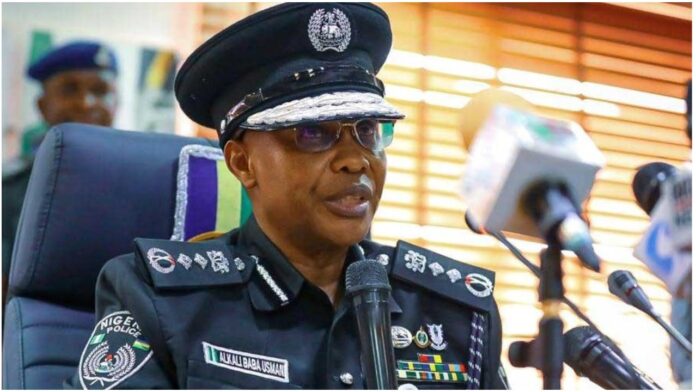 CEM REPORT, SECURITY | Sequel to the warning from the United States and the United Kingdom of a terror attack, the Inspector-General of Police (IGP) has ordered a beef up of security within the Federal Capital Territory (FCT).

The IGP, Usman Baba, has also ordered the police command in Abuja to rearrange its security strategy in anticipation of the worst, even as he put Commissioners of Police (CPs) across the States of the federation on standby.

A statement issued in Abuja by the Force Headquarters, signed by the Force Public Relations Officer, Chief Superintendent of Police (CSP) Olumuyiwa Adejobi, also states that the force will commence a counterterrorism operation and simulation exercise codenamed, “Operation Darkin Gaggawa”.

The statement explains that the operation is in furtherance of the determination of the police authorities to contain the activities of non-state actors and other criminal elements in the FCT and other parts of the country.

“The IGP has announced the immediate commencement of a Counterterrorism Incident Simulation Exercise, codenamed ‘Operation Darkin Gaggawa’, which will hold within the Force Headquarters and the Police Officers’ Wives Association School, opposite the Force Headquarters, Abuja, between Tuesday, 25th and Wednesday, 26th October 2022.

“The NPF, thereby, urges the general public not to panic at the sounds of explosives and gunshots during the exercise.

“The exercise will involve diversion of traffic, use of blank ammunition, and other operational manpower and assets and is designed to improve interoperability and synergy between different units and formations of the force in response to terrorist incidents and other violent crimes.”

Furthermore, the Nigeria Police Force (NPF), stated that it will review the threat advisory while assuring citizens and foreign residents of their safety.

“The Nigeria Police Force, hereby, reassures Nigerians and all other residents and visitors in the country that it will effectively review the United States of America Embassy in Abuja’s security advisory, which was issued, widely circulated, and published by the media on October 23rd, 2022, indicating an elevated risk of terror attacks in the country, particularly, in the capital city of Abuja.”

“A review of the advisory is necessary due to the fact that police, as the lead agency in internal security, will not take any threat intelligence, either actionable or not, for granted, thus, there is no cause for alarm as all hands are on deck to collectively nip threats in the bud.”

The statement noted that the police would work with other security agencies to ensure the safety of the citizenry, especially, in FCT.

“The Inspector-General of Police, therefore, reiterates the commitment of his administration to ensuring the safety of lives and property within the country through the effective deployment of tactical and operational assets for effective intelligence gathering and proactive policing. He further reassures Nigerians of a safe and secured country for all.”

The statement reiterated that the IGP had ordered the Commissioner of Police in charge of the Federal Capital Territory, heads of tactical squads domiciled in the FCT, and other State Command CPs to re-strategise security management within their jurisdictions, as the force headquarters would continually avail them with the required support, logistics, and deployments necessary for providing safety to all and sundry in Nigeria.

Meanwhile, the FCT minister, in a statement by the Director, Information and Communication, Mohammed Hazat Sule, said yesterday’s security meeting exhaustively discussed the proactive measures taken to sustain the current state of security in the capital city and prevent any breach.

While assuring FCT residents that all necessary arrangements had been made to safeguard lives and property, the statement said residents and visitors to Abuja should go about their legitimate businesses, as all the security agencies had been fully mobilised to check any form of intrusion into the FCT.

The FCT administration said it had not ordered the closure of any school, and directed the schools that had closed to reopen forthwith. It appealed to residents to cooperate at all times with the security agencies by volunteering useful and timely information that would assist in nipping any form of criminality in the bud.