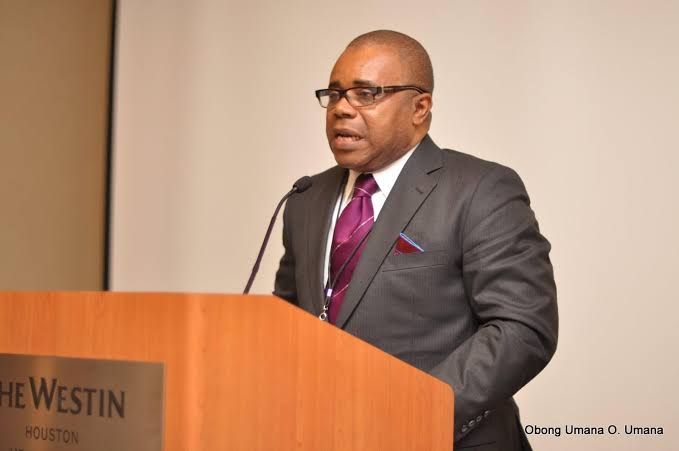 CEM REPORT, GOVERNANCE | The Minister of Niger Delta Affairs, Umana Okon Umana has been summoned by the Senate Committee on Ethics, Privileges and Public Petitions over allegations of non-performance and corruption.

A petition filed against the minister alleged that he was aiding corrupt practices and had failed to inaugurate the board of the Niger Delta Development Commission.

The petition also accuses Umana of compiling projects not appropriated by the President to get N480 billion funds from the agency domiciled in the CBN.

Also, he is alleged to be pursuing his own agenda as against that of the Niger Delta region.

According to the Chairman of the panel, Senator Ayo Akinyelure, at a news conference in Abuja, the committee had met and resolved that the minister should be invited based on the strength of a petition against him.

The Senator added that the committee had agreed to ensure the matter will be accorded an accelerated hearing noting the minister was expected to appear on November 10 by 2 pm.

Giving details on the enquiry the chairman said the minister will be expected to explain why he decided to sack over 700 staff of the NDDC.

He said N480 billion was contributed by the international oil companies for the use of NDDC and the minister was allegedly going behind the back door to get the money out.

Akinyelure said the petitioner alleged that the minister was also accused of trying to replace the sole administrator of the NDDC, Effiong Akwa, who was duly appointed by President Muhammadu Buhari and confirmed by the National Assembly.

He noted that removing the sole administrator would be detrimental to the interest of the people in the Niger Delta region.

“We want the president to stop the minister because the projects he had allegedly compiled, were not appropriated for by the National Assembly.

“Our people in the Niger Delta region where funds are being generated for the country are in a state of comatose.

“The president has in his wisdom deemed it fit to appropriate funds to the Niger Delta region but the minister has refused to bring the appropriation before the National Assembly for us democratically elected representatives of the people to give approval.

“There is a lot of higher level mismanagement of resources due to developing the Niger Delta region.

“Whenever I decided to invite them, they will give hat excuses are the order to get by changing people who will be able to dance to their tune will be able to different areas of perfect fraud.

“We’ve come to realise we believe that  President is doing his best. But those he appointed as he said, as aides and ministers are frustrating the anti-corruption agenda of the president.

“When this petition was received against the Minister of Niger Delta Region.”

Akinyelure said details of the allegations contained in the petition had been forwarded to the minister.