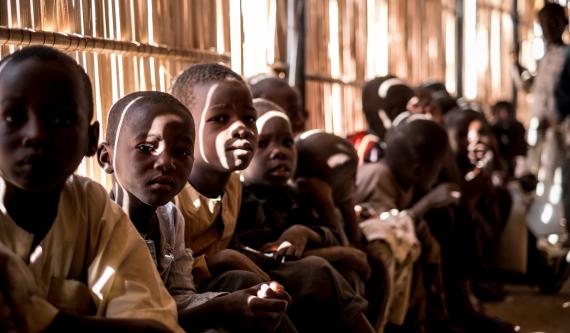 CEM REPORT, EDUCATION | The security situation in the country has destroyed 497 classrooms and left 2.8 million school learners in need of education-in-emergency support.

According to the Minister of Education, Adamu Adamu, the situation has further aggravated the already challenging out-of-school menace plaguing Nigeria.

Speaking at the 2022 summit of the Education Writers Association of Nigeria (EWAN), themed: ‘Towards Safe Schools in Nigeria, in Lagos, the Minister noted that insurgency in the nation has had a domino effect on the literacy level of Nigerians.

“Putting this in context, the attacks on schools are not limited to Nigeria as the trend is global. In the period between 2012 and 2016 alone, more than 600 teachers were reportedly killed in attacks while more than 19,000 were displaced.”

Despite these challenges, he said the government was not deterred in its commitment to creating a good environment for education, which would increase literacy levels in the country.

Adamu, who was represented by the Director of General Services, Vivian Wategre, commended EWAN for its efforts in putting together the programme saying that its action was a step in the right direction that would help mitigate the effects of the challenges.

The Chairman of EWAN, Mojeed Alabi, speaking on the theme said, the theme was chosen to draw attention to the importance of the safety of stakeholders in schools, adding that there was a need to address such issues.

The Lagos State Governor, Babajide Sanwo-Olu who was represented by his Special Adviser on Education, Tokunbo Wahab, expressed concern over the security situation in the country, noting that a collaborative effort between all stakeholders will yield solutions.

President, of the National Association of Proprietors of Private Schools (NAPPS), Yomi Otubela, said the association has churned out strategies towards achieving safe schools such as members of staff signing safety policy, and putting up inscriptions on the walls of the school to constantly serve as a safety reminder.

Nigeria to Benefit from German Investment in Africa Energy