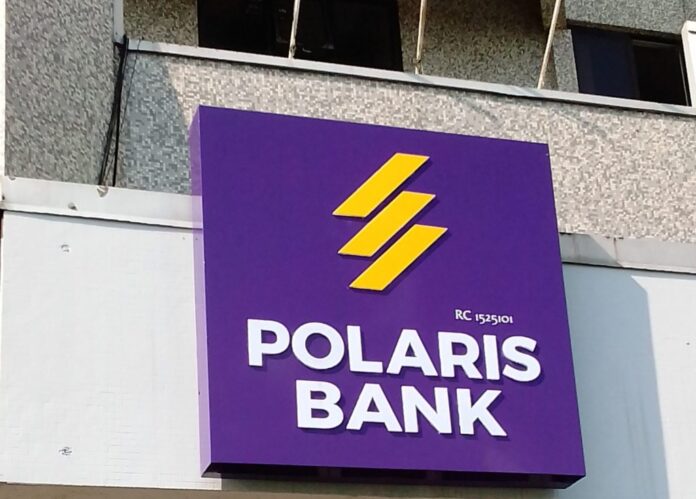 CEM REPORT, FINANCE | Polaris Bank has been acquired by Strategic Capital Investment Limited (SCIL), the Central Bank of Nigeria (CBN) and the Asset Management Company of Nigeria (AMCON) have announced.

SCIL acquired 100 percent of the equity in Polaris Bank making an upfront of N50 billion.

According to a press release published on CBN’s website on Thursday, October 20, 2022, signed by its Director, Corporate Communications Department, Osita Nwanisobi, on behalf of the CBN and AMCON, SCIL will repay fully the sum of N1.305 trillion being the consideration bonds injected by the CBN.

This means SCIL will have to pay Polaris Bank about N52 billion a year in redeeming the bonds raised by AMCON. For the bank to repay the loans they will have to generate profits above N60 billion.

“This sale marks the completion of a landmark intervention in a strategic institution in the Nigerian banking sector by the CBN and AMCON.

“The sale was coordinated by a Divestment Committee comprising representatives of the CBN and AMCON and advised by legal and financial consultants. The Committee conducted a sale process by private treaty, as provided in Section 34(5) of the AMCON Act to avoid negative speculations, retain value and preserve financial system stability.

“In the process, parties who had formally expressed an interest in acquiring Polaris Bank, subsequent to the CBN intervention in 2018, were invited to submit financial and technical proposals.

“The process has provided the CBN with an unprecedented opportunity to recover its intervention funds in full and promote financial stability and inclusive growth.”

The CBN governor commended the outgoing board for their role in stabilizing the bank.

“We commend the outgoing board and management for their vital role since the bridge bank was established; in stabilising the Bank’s operations, its balance sheet and implementing strong governance structures to address the issues that led to the intervention. This process has provided the CBN with an unprecedented opportunity to recover its intervention funds in full and promote financial stability and inclusive growth. We wish SCIL well as they implement growth plans to build the bank from the strong foundations that have been established.”

The Senate and House of Representatives Committees on Banking have endorsed the share purchase agreement for the acquisition of 100 percent of the equity in Polaris Bank by SCIL.

The House of Representatives approved the sale of the commercial bank, noting that it followed the laid down procedure and relevant presidential approval.

SICL is owned by some northern business leaders.

This sale comes amidst several denials by Polaris Bank that a sale was being consummated by the apex bank and AMCON. Just this August, Polaris Bank issued a statement denying any sale and characterizing it as “speculative”.

“Our attention has been drawn to an online report on the purported sale of Polaris Bank Limited. This publication is speculative, deliberately intended to create panic and should be disregarded by the banking public.”

The NDIC also alluded to a denial of the sale of the bank claiming that all Nigerian Banks were healthy.

“All banks that are operating within the country are sound in as much as their licences have not been revoked. If there is a problem, the regulator that issues the licence will be the one to revoke the licence. In as much as the licence is not revoked, you’re free to continue to bank with the institution; it means it is safe.”

Recall that CEM report that the Reps also initially halted the sale stating that it was done in secrecy and did not follow due process.