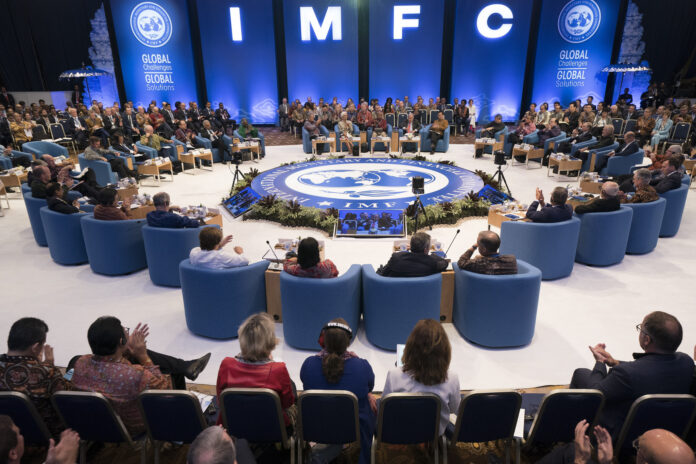 CEM REPORT, FOOD | The International Monetary and Financial Committee, which provides strategic direction to the IMF, concluded a meeting on Friday with a call to stop Russia’s invasion of Ukraine.

Nadia Calviño, Spain’s economy minister and chair of the IMFC, recalled effort by the general assembly to intervene in the unprovoked crisis, but lamented the continued war and its consequent humanitarian impact

“The IMFC recognizes that since our last meeting in April, Russia’s war against Ukraine has continued with massive humanitarian consequences and detrimental repercussions for the global economy through direct and indirect channels.

“The IMFC acknowledges that on October 12, the United Nations General Assembly by a majority of 143 countries adopted the resolution ES-11/L.5 “Territorial integrity of Ukraine: defending the principles of the Charter of the United Nations” that expresses its strong support for “the de-escalation of the current situation and a peaceful resolution of the conflict through political dialogue, negotiation, mediation and other peaceful means”.

“The IMFC reiterates its call for greater international cooperation and strengthened multilateralism to prevent fragmentation and safeguard global economic integration”.

The war has worsened the economic crisis, slowing down growth and generating inflation, and adding to energy and food insecurity. Fighting inflation and protecting the most vulnerable while managing economic challenges remain the top priority, the IMFC’s chair said in a statement.

The IMFC also called for an urgent deepening of multilateral cooperation and, in coordination with global bodies and partners, agreed to work together to overcome the food crisis, including by lifting restrictions on exports of food and fertilizers.