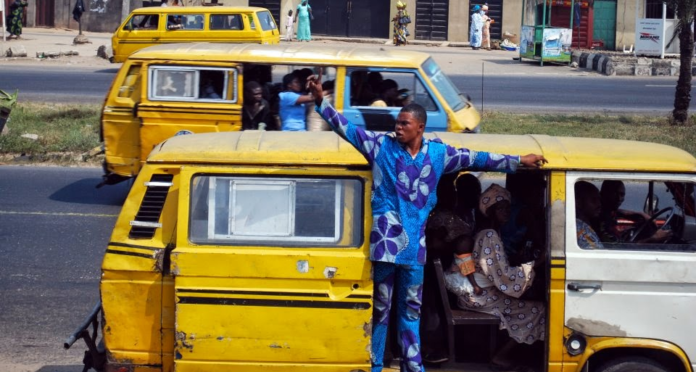 CEM REPORT, TRANSPORTATION | To support the government in the safeguarding of lives and property of commuters, the Lagos State Parks and Garages Management has announced the introduction of the Bar Code to checkmate untoward activities among some commercial bus drivers.

According to the Chairman of Lagos State Parks and Garages, Alhaji Musiliu Akinsanya (Aka MC Oluomo), the initiative will curb kidnappings and other criminal activities perpetrated by some commercial bus drivers.

Akinsanya while calling the attention of leaders of various parks and garages to weed out criminal-minded elements in their domains else would be held responsible for their actions noted that the agency cannot fold its arms and allow charlatans to turn their garages and parks into criminal hideouts.

An official of Dotmatech Technologies Limited, the firm handling the installation of the bar codes, Isaiah Arowolo, said over 20,000 buses have been registered into a central database.

“We have generated the QR code sticker for the 20,000 buses registered and the number is increasing daily. How does it work? We have a unique QR code sticker which will be on each bus; the commuters will download the app from the Playstore or Apple iOS. When they scan the code on the bus, information will be given to them on that particular vehicle including its number plate and the name of the secretary of the branch of that park or garage. The reason for that is just for them to have the history of the car or vehicle they board in a month or in a week or daily so that they can fall back to it and after one month.”

Speaking on how the Bar Code works, Lagos State Parks and Garages Secretary, Comrade Olayiwola Lemboye, said commuters would download an app and scan the bar code on buses to confirm if they are safe for boarding.

[READ ALSO] How Women Transport Workers Cope with the Job

“Once you scan the bar code on any bus, it will bring out certain information about the park or garage for commuters to determine if the bus is safe for boarding or not. For those who usually forget their ‘loads’ in the bus, the code will help passengers recollect the vehicle’s number plate and trace it to the park or garage such the vehicle operates from.

“We’re using this medium to urge the public to try as much as possible to key into this project because the bar code will assist in curbing the cases of kidnapping, theft and other societal vices people perpetrated with public buses. We are urging the public to just give us the benefit of the doubt on this project and key into it. It is for the good of all.”