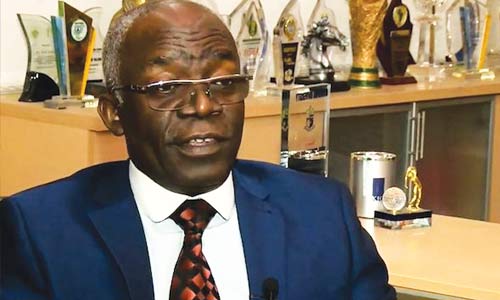 CEM REPORT, EDUCATION | Following the registration of two factional unions, the Academic Staff Union of Universities (ASUU) has said it is approaching the National Industrial Court (NIC) over the registration.

According to ASUU’s lawyer, Femi Falana, the registration of the Congress of Nigerian Universities Academics (CONUA) and the National Association of Medical and Dental Academics (NAMDA) is illegal noting that the Trade Unions Act only allows for one union to operate in every sector, Channels Television reports.

“You can’t have two trade unions in the same sector. Only a union is allowed to be registered for all academics in Nigeria.

“That is the essence of the classification of trade unions because we used to have mushrooms in the First Republic so the government restructured the unions and grouped all academics together and all non-academics together. You can’t have two or three in one field.”

Falana said there is a Supreme Court judgment on the proliferation of trade unions – the Erasmus Osawe V Registrar of Trade Unions.

The senior lawyer also said the apex court ruled “that your freedom of association is not totalled; it is also regulated by the Trade Unions Act so that there will be no proliferation of trade unions”.

CEM reported that the Minister of Labour and Employment, Chris Ngige, at the presentation of the certificate to the new union’s leadership, was reminded that the Trade Unions Act clearly states that another trade union cannot be registered by the Minister in a sector where a similar one is already existing.

Ngige cited Section 32 of the Act that empowers such registration at the discretion of the Minister.

“Yes that is what the law says, but there is another proviso that the Minister can register new unions where the existing one no longer serves the purpose it was established.

“We registered pensioners in the contributory pension as a breakaway from the Nigerian Union of Pensioners (NUP) when it was becoming too big and there was restlessness everywhere among the pensioners. The NUP went to court, but the court said the Minister was right in registering another union. I can tell you that after these two new unions, others are coming and we will register them if they meet the requirements.”

The registration of the two factional unions took place as talks between ASUU and the government broke down amid the over seven-month strike by lecturers of public universities.

The Minister of Labour and Employment, Chris Ngige, on Tuesday, explained that the two bodies will exist alongside ASUU, adding that the two associations will enjoy the rights and privileges accorded to other academic unions in the tertiary education system.

Nigeria to Run Economy on Gas