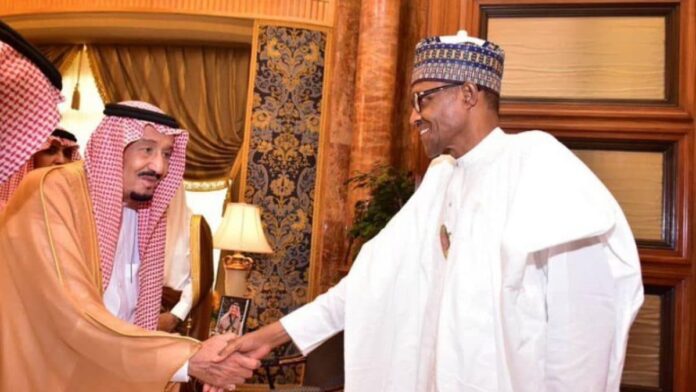 CEM REPORT | The Federal Government has approved the registration of the Nigeria-Saudi Arabia Chambers of Commerce, Industry, Mines and Agriculture (NSCCIMA).

The approval the government says will increase trade volume between both countries and reduce the trust deficit.

According to the Minister of Information and Culture, Lai Mohammed, the registration of the Chambers after 11 years, would improve the volume of trade between both countries, currently put at about five million dollars.

The minister speaking when the President of the Chamber, Ibrahim Usman paid him a courtesy visit also said the Chamber will become a clearing house for businesses and investments, thereby, reducing the trust deficit between businessmen from both countries.

News Agency of Nigeria (NAN) reports that Usman presented a copy of the Certificate of Registration of the Chamber to the minister.

Mohammed while hailing the registration noted that it is the beginning of a new relationship between Nigeria and Saudi Arabia, though both countries have cordial relations.

“It will change the narrative that the relationship between Nigeria and Saudi Arabia is from the narrow perspective of religion and pilgrimage.

“It will create a bridge for better cooperation between the two important nations in the areas of the petroleum industry, cottage industry, IT, Power, and creative industry.

“It is, therefore, not a coincidence that Nigeria will soon be receiving 60 inter-ministerial delegations from Saudi Arabia.”

The minister charged the Nigerian business community to take the opportunity of the Chamber to increase the trade volume between both countries.

The minister thanked the president of the Chamber for his vision and resilience.

The President of the Chamber in his remarks decried the official volume of trade between both oil-rich countries.

He noted that despite a large number of Nigerians flooding Saudi for Umrah and Hajj, Nigerians had not taken the advantage of Saudi magnanimity by creating excellent windows of assistance through bilateral cooperation.

“For instance, whereas 46 countries including Egypt, Pakistan, Sudan, Kenya, and Ghana have been enjoying billions of dollars in soft loans and trade-related soft term facilities under the Saudi Export Programme, no single dollar of the facility was advanced to any business in Nigeria.”

He added that Nigeria had a lot to learn from Saudi Arabia which has built fantastic industrial estates in all their key cities over the years.

He explained that Saudi recently opened its visa policy to investors and visitors entering any part of the country, except Mecca and Medina.

Usman said such visitors and investors irrespective of their religion, would be given visas on arrival if they have a valid U.S. or UK visa.