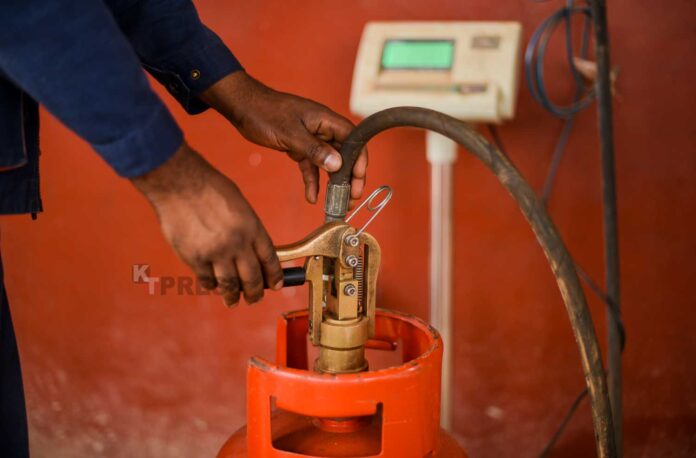 CEM REPORT, SME |  The Federal Government has revealed that it had prioritised policy support for the robust growth of Micro, Small and Medium Scale Enterprises (MSMEs) in the National Development Plan 2021-2025, across the key sectors of the economy.

The federal government also has said it is considering further fiscal policy actions in support of MSMEs as work progresses in the preparation of the Finance Act 2022 for the 2023 fiscal year.

This is according to the Vice President, Prof. Yemi Osinbajo, at the 3rd Annual Lecture Series of the Development Bank of Nigeria (DBN), with the theme, “Thriving in the Face of Domestic and Global Disruptions,” in Abuja.

He stated that the Ministry of Finance,  Budget and National Planning is collaborating with the Federal Ministry of Trade and Investment, Nigerian Export Promotion Council (NEPC) and other relevant Ministries, Departments and Agencies (MDAs) to formulate policies that will remove critical binding constraints to the entry of players in the sub-sector into export markets.

He noted that the policies will ensure that MSMEs were positioned to take advantage of the African Continental Free Trade Agreement (AfCFTA) and the opportunities it presents.

He also stressed that it was imperative to ensure MSMEs are supported in the acquisition of skills and tools to run their businesses efficiently, manage risks and gain access to finance at competitive and affordable rates.

“This underscores the important role played by the DBN in facilitating access to finance and with a total loan disbursement of N482 billion to 208,000 MSMEs in 2021, of which 27 per cent are youth-owned while 66 percent are owned by women, the DBN continues to be a major driver of MSMEs growth in Nigeria.”

Osinbajo who was represented by the Minister of Finance, Budget and National Planning,  Zainab Ahmed, cited a recent report jointly released by the Small and Medium Enterprises Development Agency of Nigeria (SMEDAN) and the National Bureau of Statistics (NBS), stating that MSMEs accounted for 96.7 per cent of businesses and contributed 46.3 per cent to Nigeria’s Gross Domestic Product (GDP).

However, he said, MSMEs only account for 6.2 per cent of gross exports, explaining that the relatively low contribution of MSMEs to exports was concerning given their significant contribution to nominal GDP.

He noted that to boost the contribution of the sector to the nation’s norminal GDP the federal government is taking urgent steps to alleviate the binding constraints limiting MSMEs’ participation in cross-border trade.

Speaking further, Osinbajo catalogued some fiscal policy actions adopted by the government to support MSMEs in the country, adding that the main policy tools utilised by her ministry in supporting the growth of the MSMEs sector were the annual Finance Acts.

“We have successfully facilitated the approval and implementation of three Finance Acts and have reached an advanced stage in the preparation of the 2022 Finance Act.

“The Finance Acts are an omnibus bill to amend relevant tax, excise and duty statues and we have used them to introduce measures that reduce the tax burden on MSMEs and create opportunities for participation in export markets.

“Further policy actions in support of MSMEs are being considered as work progresses on the preparation of the Finance Act 2022 for the 2023 fiscal year.

“The administration of President Muhammadu Buhari is deeply committed to providing support to MSMEs as evidenced in the emphasis placed on ensuring their continued operations during the early months of the COVID-19 pandemic which led to the temporary closing down of 53.2 per cent of SMEs and 37.3 per cent of MEs.

“In the development of the Economic Sustainability Plan (ESP), some of the provisions to support MSMEs include: N250 billion grant containing a N50 billion MSME de-risking facility component; a payroll support scheme providing up to N50,000 in monthly salaries for up to 10 staff of qualifying businesses for a duration of three months – 1.3 million jobs have been retained through the MSME and payroll support.”

Furthermore, Ahmed said her ministry would also continue to support other MDAs through programmes such as the FGN Special Intervention Fund for MSMEs under the National Enterprise Development Programme, the Government Enterprise and Empowerment Program (GEEP) and various funds and products managed by the Bank of Industry (BOI).

She also added that “it is important that the DBN steps up to the plate and expands its funding windows to provide affordable financing to a wider cross-section of MSMEs.

“The Federal Ministry of Finance, Budget and National Planning and all its agencies stand ready to utilise the fiscal policy tools at our disposal to support the DBN and other public and private sector actors working towards the common goal of ensuring MSMEs can become key drivers of economic growth and create sustainable and livelihood-enhancing jobs for segments of the working population prone to vulnerability.”

Kaduna Refinery to be Rehabilitated by Korean Company

Capital Importation fell by 7.78 per cent in Third Quarter of...