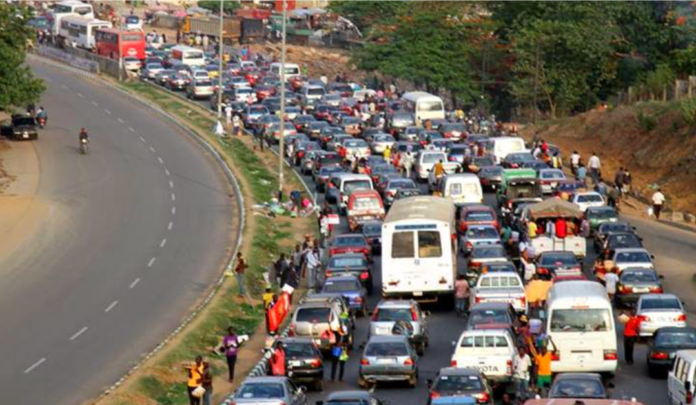 CEM REPORT, INFRASTRUCTURE | The House of Representatives has called for an investigation into the utilisation of a loan procured by the federal government for the construction of the Masaka–Mararraba–Nyanya–Kugbo–Abacha Barrack road.

The lawmakers say the loan was procured under the public-private-partnership (PPP) arrangement for the rehabilitation of the road.

Hon Jonathan Gbwefi who sponsored the motion noted that the Masaka–Mararraba–Nyanya–Kugbo–Abacha road is a major road which connects the North Central and the North East to the Federal Capital Territory, Abuja.

He added that a sizeable number of workers and business persons ply the road on a daily but spend valuable time before getting to their business location occasioned by the deplorable state of the road.

“The House is aware that this federal road is the only road that connects the North Central and the North East to the Federal Capital Territory, Abuja.

“The House is also aware that about 70 per cent of Federal Government workers, business class and inter-state commuters plying the routes spend four to five hours daily to and from their Offices and other business ventures.

“The House is concerned that the potholes and failed sections of the road particularly from Masaka, new Nyanya, Mararraba, building material, road safety junction and sharp corner axis have compounded the traffic situation on that road.

“The House is also concerned that the deplorable state of the road occasioned by erosion as a result of frequent rainfall has created unprecedented hold-ups and incessant accidents on the road.

“The House is worried that the rainy season has worsened the deplorable state of the road thereby, causing more hardships for residents and the road users who lost quality man-hour in traffic congestion.”

He further urged the Federal Roads Maintenance Agency (FERMA) to urgently move in and repair the failed portions of the road.

The Deputy Minority Leader, Hon Toby Okechukwu, as the former Chairman of, the House Committee on Work, clarified that the project does not fall solely within the purview of the ministry of works or the FERMA as the government had entered into a public-private-partnership, and a loan was procured for the rehabilitation of the road.

He, therefore, called for a substantive investigation by the House Committee on works on what went wrong with the partnership as well as how the loan was utilised and to get back to the House within 3 weeks, in order to ensure further financial losses are not incurred.

Hon Ossai Nicholas Ossai on the other hand, clarified that a loan was actually procured and two-thirds of the money had been released, noting that clarification on the utilisation of the loan was needed.

He further proposed that the House Committee on Works and that on Treaties/Agreements should investigate the utilisation of the procured loan.

He called for funding for the rehabilitation while the investigation is being done to ease the suffering of people plying the road.

Hon Okechukwu on his part urged that the rehabilitation can commence while the investigation is going on, and whoever is found culpable can be called to account.

MTN and Mafab Set to Roll Out 5G in August