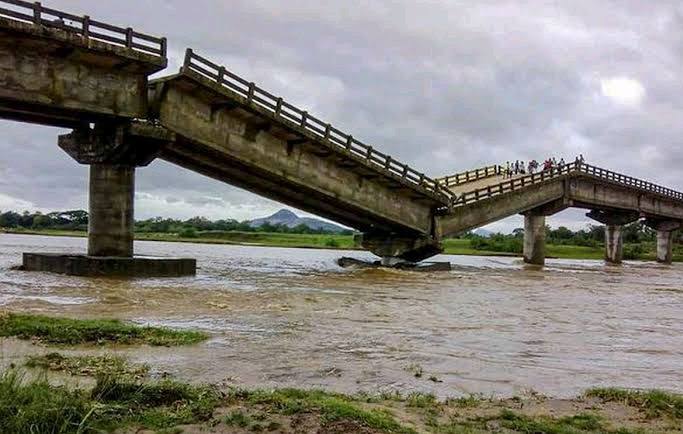 CEM REPORT, INFRASTRUCTURE | A motion for the reconstruction of the bridge connecting Baruten Local Government Area of Kwara State and the Republic of Benin has been moved on the floor of the House of Representatives.

The Reps are calling for the reconstruction to be added to the 2023 Budget estimates.

The motion titled: “Need to Address the Effect of Rain Disaster in Baruten Local Government Area of Kwara” was moved by Rep. Mohammed Bio (APC-Kwara) on the floor of the house on Wednesday in Abuja.

While moving the motion Bio said Chikanda is an international border community in the Baruten local government area of Kwara NAN reports.

He noted that the community was connected to the Republic of Benin through a bridge to ease the movement of people and transaction of business and services.

He however explained that on Aug. 15, there was a torrential rainfall which resulted in a heavy flood, thus pulling down the only bridge connecting the Republic of Benin and Nigeria.

“The flood carted away livestock worth millions of Naira, with over 70 farmlands washed away and rendered families homeless in Chikanda community in the LGA.”

Bio further stressed the need for urgent intervention by relevant government agencies to reconstruct the bridge connecting the two countries to ease the movement of goods and services.

The house urged the Federal Ministry of Works and Housing to act accordingly while also urging the Ministry of Humanitarian Affairs, Disaster Management and Social Development and the National Emergency Management Agency to provide relief materials for victims in the affected communities.

The house also mandated the Committees on Emergency and Disaster Preparedness and Legislative Compliance to ensure implementation and report back within eight weeks for further legislative action.