Home Economy Obasanjo Speaks on the state of Nigeria, Blame Leaders for the Nation’s... 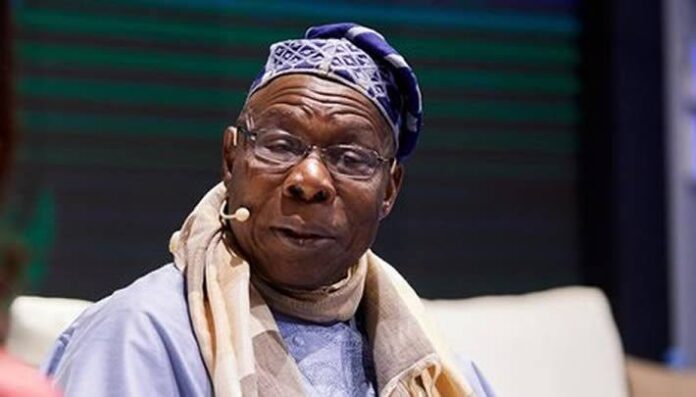 CEM REPORT | The former President of Nigeria Olusegun Obasanjo has once again laid his mind bare on the current state of the country.

Olusegun Obasanjo who spoke at the 113th Anniversary of Kings College, touched several areas of the Nigerian current situation.

The anniversary titled, ‘Building the Nigeria of our dreams,’ was organised by the Kings College Old Boys’ Association.

Obasanjo who led the Kingsweek 2022 colloquium which was held at the Kings College, Lagos, said Nigeria as a country was poor, insecure, and had other challenges because of its choice of leaders.

The former Nigerian leader said, ‘‘We are politically divided, economically disunited we are nowhere, we are down the drain. Diplomatically, Nigeria is not at the table. Before, we had sent troops to Sudan, Seirra Leone but today, we can’t send troops to the Republic of Benin. There are three races in the world, white, yellow, and black. For now, America is leading the whites, the Chinese are leading the yellow race, and Nigeria with 225m people is created by God to lead the black race. When we stop disappointing ourselves we can take care of the continent and the black race. Nigeria has no business with poverty, insecurity, or political division.

‘‘It is the advertently or inadvertently choice of our leaders. It is not God’s choice for us. If God hasn’t chosen that for us we can do better. For Nigeria, we have done a few things right but we have not continued to do it right. We need a government that understands Nigeria and Africa which will be fair and sincere with Nigerians, together with the right government, this nation can become the right leading country to develop Africa.’’